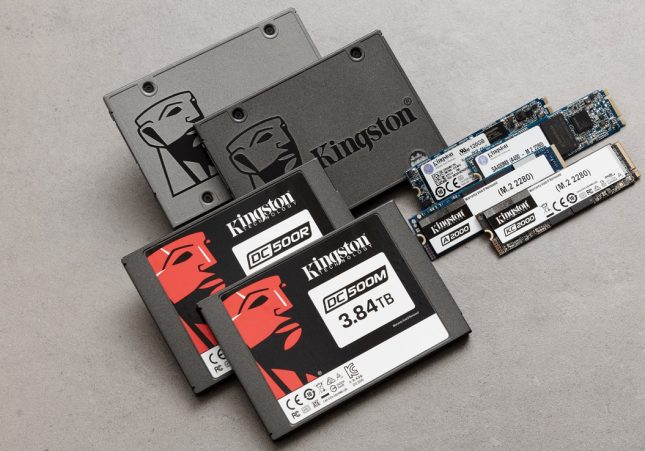 Fountain Valley, CA – October 7, 2019 – Kingston Digital, Inc., the Flash memory affiliate of Kingston Technology Company, Inc., a world leader in memory products and technology solutions, today announced it shipped over 13.3 million SSDs in the first half of 2019, according to data compiled by market research firm TrendFocus. The astounding amount places Kingston as the third-largest supplier of SSDs in the world behind semiconductor manufacturers Samsung and Western Digital, showing its strength and position in the market place as the world’s leading third-party SSD maker. Kingston’s total accounted for a whopping 11.3 percent of the total number of SSDs shipped globally during the first half of the year among all manufacturers.

“TrendFocus’ research shows continued growth in total SSD shipments for all categories this year,” said Don Jeanette, Vice President, TrendFocus. “Our research finds that client SSDs make up the majority portion of units shipped while NVMe PCIe also saw gains due to demand in hyperscale environments. The storyline for the first half of 2019 is NAND shipments are increasing and pricing has bottomed out, thus driving SSD demand.”

“The findings from TrendFocus confirm Kingston’s overall scale and importance to the industry as an independent SSD supplier,” said Ariel Perez, SSD business manager, Kingston. “For 32 years, Kingston has been a consistent and trusted manufacturer of high-performance memory solutions. Over the past decade, customers of all levels have adopted Kingston SSDs ― from the consumer who wants to make their system run faster by upgrading to an SSD to the world’s largest data centers that power Cloud computing ― Kingston is everywhere. It takes an entire team to accomplish this and we both thank and share our success with our partners, vendors and customers.”

According to TrendFocus, Kingston’s position in the 2.5″ form factor client-drive space is unparalleled as it leads all manufacturers with a substantial 27.3 percent market share. On October 21, the company will release it’s next-generation KC600 SATA 2.5″ client SSD. That drive joins the currently shipping UV500 SATA as well as the KC2000 and A2000 PCIe NVMe SSDs to form a suite of high-performance storage solutions that are fully TCG Opal 2.0 compliant. The 256-bit AES hardware-encrypted SSDs can be part of a security strategy for both consumers and corporate customers in a world where cyber-attacks and data breaches are becoming all too common.

In addition to the client sector, Kingston is fast becoming a force in the enterprise SSD market. Later this year, Kingston will add to its portfolio with the DC1000M U.2 NVMe SSD for data centers and workstations who require higher throughput and IOPS. The drive will join the data center family of enterprise SSDs which focuses on both read-intensive and mixed-workload server environments for organizations who require predictable Quality of Service (QoS) and performance consistency.