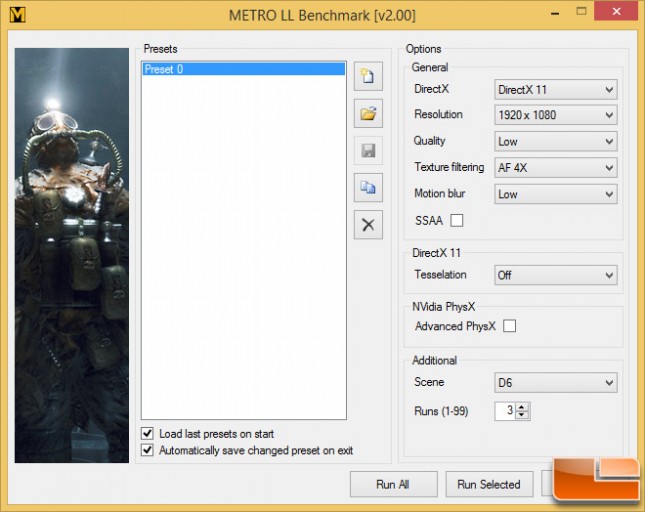 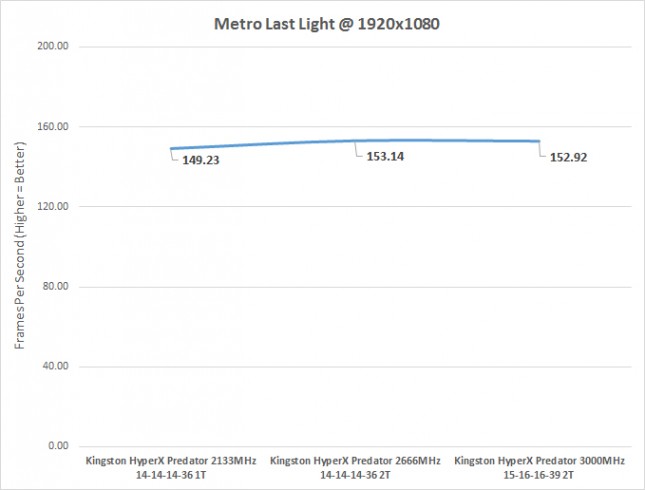 Benchmark Results: The NVIDIA GeForce GTX 780 Titan video card made short work of Metro: Last Light with these low settings, but we wanted to didn’t want the GPU to be the bottleneck of the system as we were wanting to see if the memory bandwidth was holding the X99 platform back. We jumped up from an average FPS of 149.2 to 153.1 by going from 2133Mhz to 2666Mhz, which is a 2.6% FPS increase.  This isn’t a significant performance increase, but it does show that increasing the memory bandwidth above 2666Mhz will help in some gaming situations.  Going from 2666Mhz to 3000Mhz didn’t yield any performance gains and we actually discovered a slight decrease due to the looser CL15 timings. 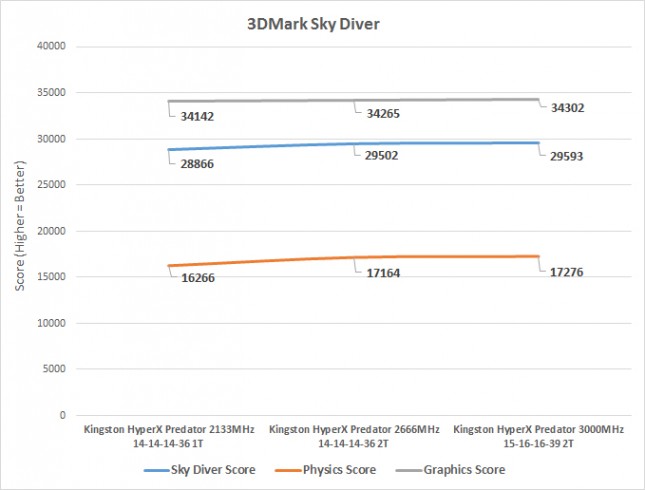 Results: We spoke with Oliver Baltuch over at Futuremark and he informed us that the new Sky Diver benchmark test in the latest version of 3DMark has the best physics test and that it would be the ideal test to run for our Haswell-E test platform. We found that the overall Sky Diver score along with the Physics and Graphics test scores increased as we went from 2133Mhz to 3000Mhz memory clock speeds.  The Physics score went up 6.2% by going from the 2133MHz settings with CL14 timings to the 3000MHz settings with the CL15 timings.  The difference between the 2666MHz and 3000MHz kits were very minor as we saw less than a 1% performance increase there in the Physics test. So, far it looks like 2666MHz is the sweet spot when it comes to these three memory clock speeds.