Kingston Technology launched the HyperX T1 series of memory back in November 2008. These modules featured heat spreaders with HTX (HyperX Thermal Xchange) technology, which helps to dissipate heat away from the memory chips. Over the past four years Kingston has been using the HyperX T1 heat spreaders on numerous kits, but they were due for an update. The computer market has dramatically changed since 2008 and enthusiasts in 2012 want aggressive looking heat spreaders that don’t interfere with CPU coolers. Kingston went back to the drawing board and came up with a new heat spreader design for the HyperX T2 or HyperX Predator series of memory modules. Kingston says that the new heat spreaders work just as good as the old and are more than worthy to be used on the companies flagship memory series.

As you already know, Kingston HyperX memory is intended for enthusiasts, gamers, power users and overclocked that demand the very best memory kits available on the market. When you buy a HyperX memory kit you are investing into a product that was handpicked and tested by engineers to work on high-end motherboards well beyond JEDEC specifications. 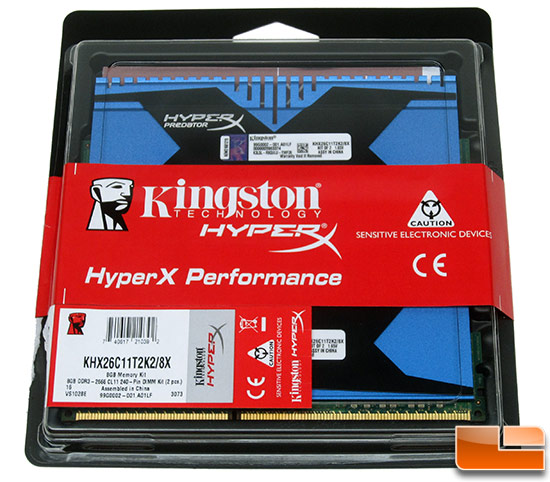 As you can see Kingston has a HyperX Predator kit for pretty much every popular speed grade from 1600MHz to 2666MHz in an 8GB dual channel memory kits.  The prices start out at $56 and slowly rise an average of $4 per speed grade, which is very fair. The top end kit that is clocked at 2666MHz with CL11 timings carries an MSRP of $188.  This is $121 more than the 2400MHz kit!  At nearly triple the price of the next kit down, you are seeing what happens you want the very best kit available. Kingston is currently using Samsung ICs on these memory kits and it is very hard to get 2666MHz memory kits through the binning process. We would assume that less than 10% of the kits would run at such high speeds and this is what is driving the price up. 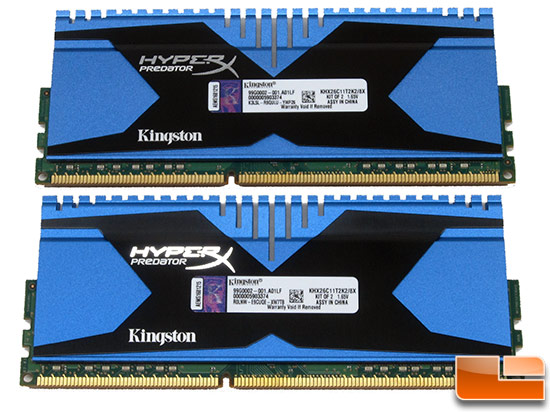 The Kingston HyperX Predator 8GB (2x4GB) 2666MHz memory kit s the fastest memory kit available from Kingston. It uses sixteen Samsung 256M x 8-bit FBGA memory IC’s on each model and has been through an extensive screening process to ensure it can run at 2666MHz. This side of the memory modules has the familiar HyperX logo and the information sticker. 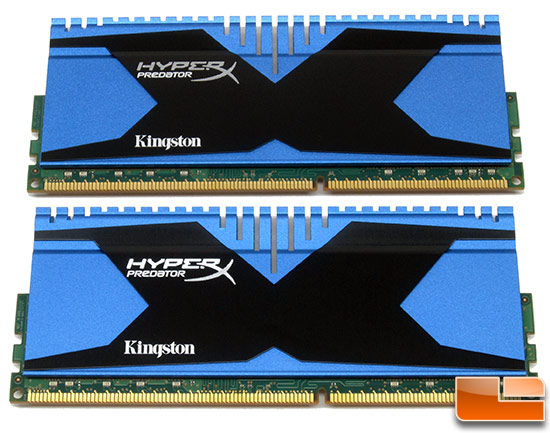 The other sides of the module are basically identical with the exception of the product label. Now might be a good time to mention that Kingston designed the Predator series specifically for P55, H67, P67, Z68, H61 (AG), and Z77 Intel chipsets; as well as A75, A87, A88, A89, A78, and E35 (Fusion) AMD chipsets. These modules should work with all of the popular platforms on the market today and in the future. 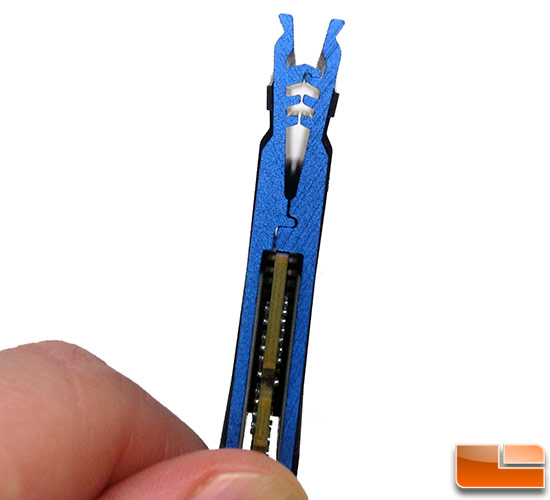 The Kingston HyperX Predator heat spreader has a slight taper at the top with some fins for increasing the surface area. This should help dissipate the heat generated from the memory a little better. 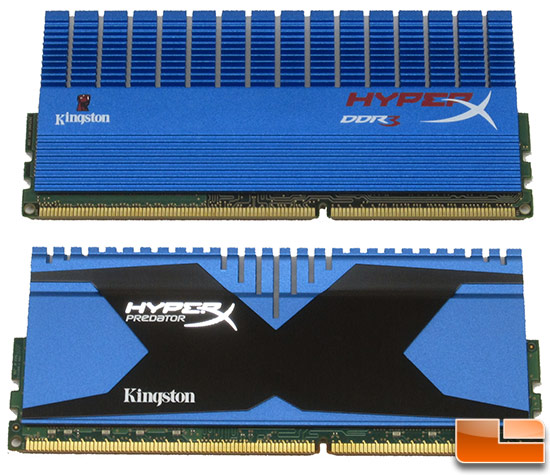 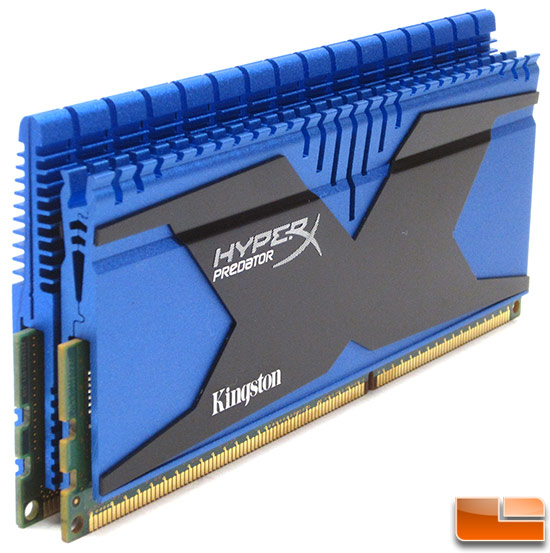 A memory module with the original HyperX T1 heat spreaders installed on them stand at 60mm in height.  This massive height makes the memory kit look intimidating in a system, but it also causes clearance issue with numerous CPU coolers. With the new HyperX T2 heat spreaders (Predator), Kingston went with a lower profile design that is 53.9mm. This is a 6.1mm or around a 10% decrease in the overall height of the modules. This reduction isn’t enough to fit all air coolers, but it will most certainly help. 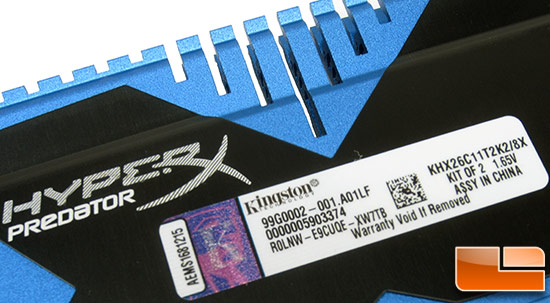 Our kit features part number KHX26C11T2K2/8GX and comes with several memory timing profiles. For starters the SPDs are programmed to the JEDEC standards for DDR3-1333 with timing of 9-9-9 at 1.5V. This is to be certain the memory modules boot up properly the first time you put them in a motherboard. Kingston then includes two Intel Extreme Memory Profiles (Intel XMP) for you to use. The first profile is at 2666MHz with 11-13-13 timings at 1.65V and the second is at 2400MHz with
11-13-13 timings at 1.65V. You’ll need to set the memory voltage to 1.65V in
order to reach these speeds, so don’t think you can get away with
running 1.5V to them. Kingston says that the new HyperX Predator kits are pending Intel Extreme Memory Profile (Intel XMP) certification, but are confident that they will pass soon.  Kingston tested this kit on motherboards like the Gigabyte
GA-Z77X-UD5H and ASUS P8Z77-V Deluxe and found them to be rock solid on both 2nd and 3rd generation Intel Core i7 processors.