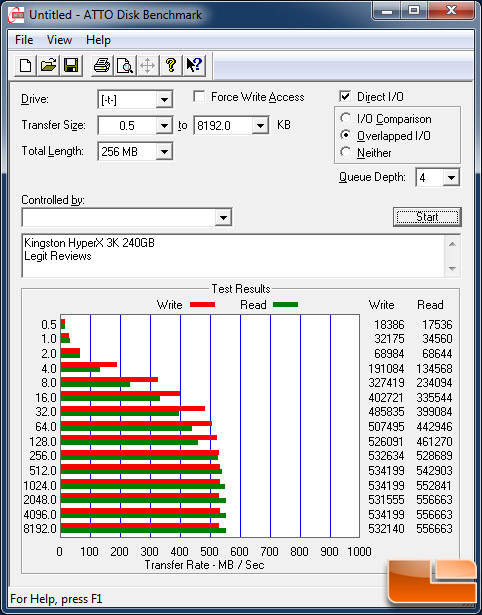 Benchmark Results: For the ATTO benchmark, there was very little statistical difference between HyperX 3K drive and the original HyperX drive. Between the two of them, they own the best scores for the SATA III drive set. 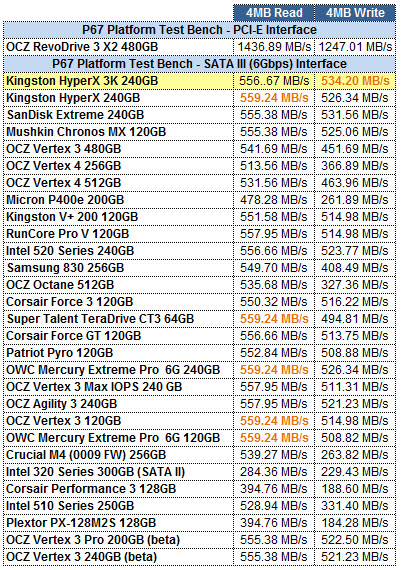 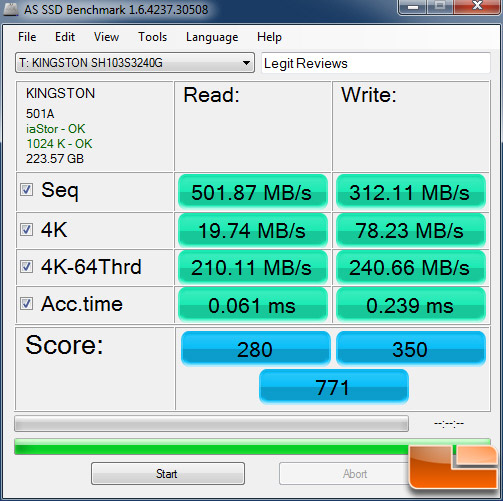 Benchmark Results: Again, we see very little difference between the 3K and the original HyperX with the 3K roping the higher overall score of the two. Each are among the best in the SF-2281 population. 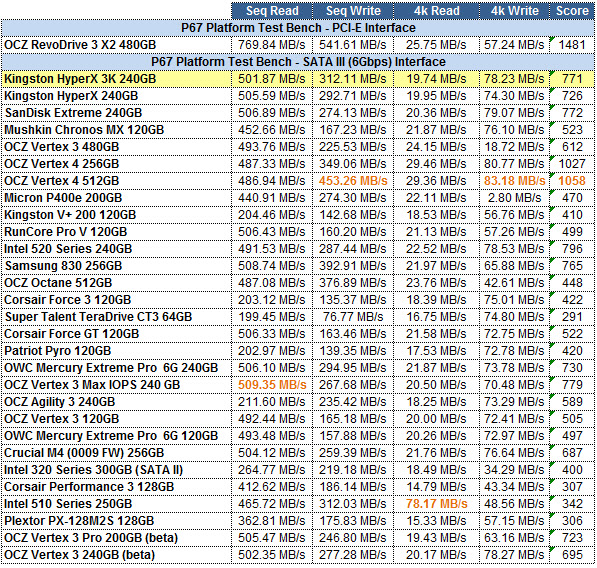 Benchmark Results: The usual relationship between compressibility of data and performance is exhibited here on the compression benchmark for a SandForce controlled drive.