TeraCopy 2.2 is a compact program designed to copy and move files at the maximum possible speed and features a timer that works great for review purposes as we can easily show you time differences between different file transfer scenarios. TeraCopy also uses dynamically adjusted buffers to reduce seek times and has asynchronous copy speeds up file transfer between two physical hard drives. 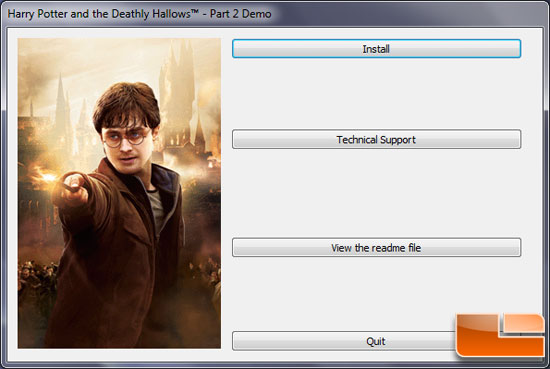 We wanted to run a real world performance test, so we used the Harry Potter and the Deathly Hallows Pt 2 PC Game Demo file to test read/write performance of the Kingston DT Ultimate 3.0 Flash Drives. This game demo is 1.0GB in size and is an example of a drive intensive task that you would do when sharing installation files with multiple computers. 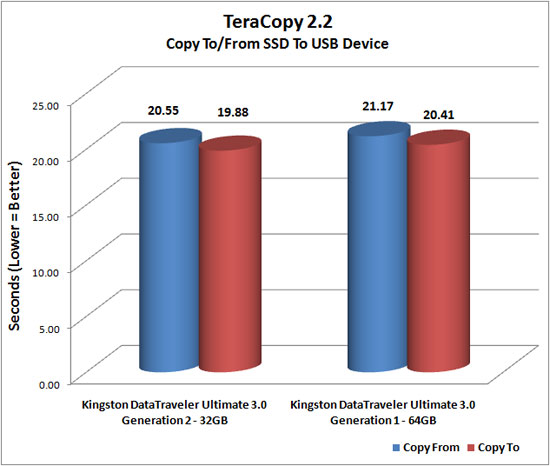 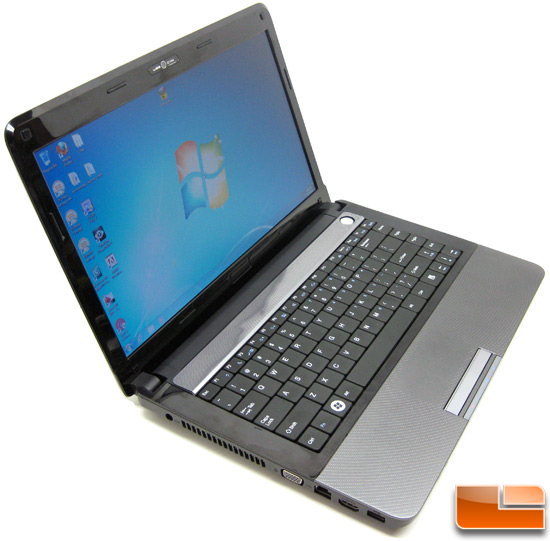 We contacted Kingston to see if they were aware of any issues with their USB drives and the Etron EJ168 USB 3.0 controller hub and they said there might be an issue and t try it on a different board. Right now we have the Gigabyte Z68X-UD3H-B3 and A75-UD4 H on the test bench and both use Etron USB 3.0 controllers. We moved over to our laptop, which uses the AMD USB 3.0 hub that is built inside the AMD A8-3850M 1.5GHz processor used in this notebook. 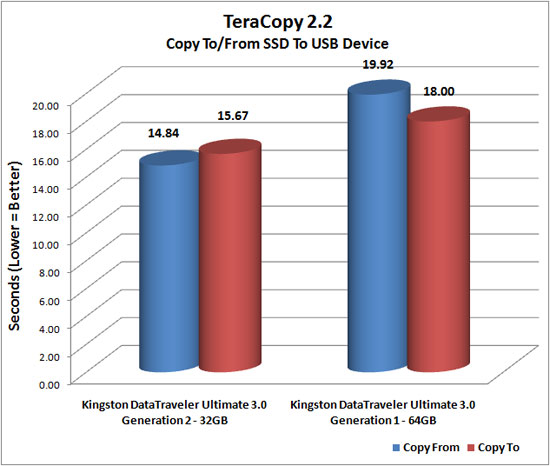 As you can see by changing the USB 3.0 controller hub we were able to get much better performance on both drives!  The Kingston DataTraveler Ultimate 3.0 G2 32GB drive was five seconds faster when copying a file off the drive, which is an increase of nearly 28%! TeraCopy showed that the G2 drive was able to average 70 MB/s when moving data off the drive and 65 MB/s when moving data to the drive.  This was much better than the 52 MB/s and 57 MB/s observed on the first generation drive.