Kingdom Hearts 3 launched about a year ago with a major DLC for the game launching last month. Fans of the game who are just now getting into the franchise will be interested to hear that a new all-in-one package is on the way that includes Kingdom Hearts: The Story So Far and Kingdom Hearts 3. The box set does lack the new Re:Mind DLC the launched last month for the PS4.

The all-in-one package has 10 “experiences” total and can be preordered via multiple outlets, including Amazon. The box set for PS4 costs $50 and will launch on March 17. It’s worth noting that there is content other than games in the box set. 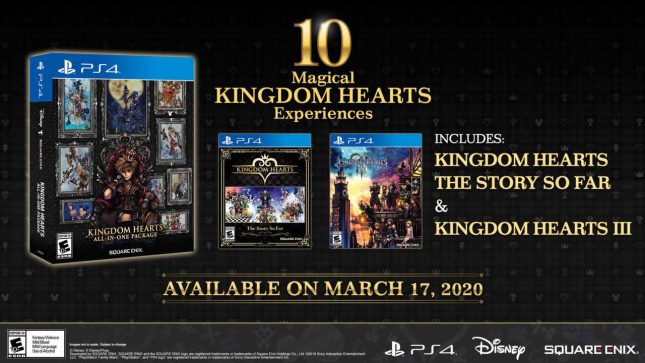 There are seven games total with the other three being movies. The full list of what’s in the box, other than Kingdom Hearts 3 and artwork from director Tetsuya Nomura, that can be seen below: