The folks over at KFA2 looks like they have posted up the product landing page for the upcoming NVIDIA GeForce GTX 1070 Ti graphics card a bit too soon! The KFA2 GeForce GTX 1070 Ti EX 8GB GDDR5 graphics card information and images have now been leaked out for all the world to see. They even have over a dozen press images that you can download in a handy little zip file! 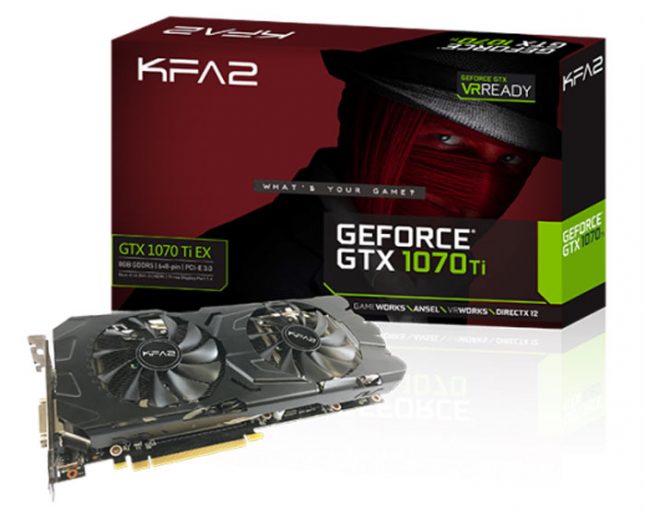 The specifications tab confirms that this card will have 2,432 CUDA cores and 8GB of GDDR5, not GDDR5X, memory running on a 256-bit bus for 256GB/s of memory bandwidth. The core clock speed will run at 1607 MHz base and 1683 MHz boost and features a custom dual-fan cooler with RGB lighting accents on the fans.

This model features an 8-pin and 6-pin PCIe power connector along the top edge of the graphics card for power connectivity and it also features a full metal backplate. The listing page notes that a 500W power supply is recommended for proper operation. Video outputs include three DisplayPort 1.4, one HDMI and one DVI-D. 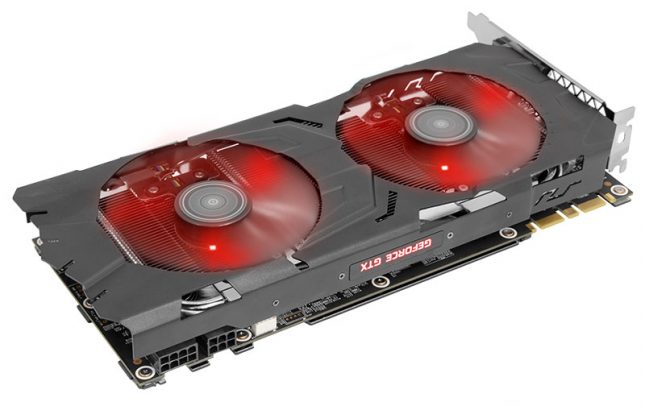 Looks like the NVIDIA GeForce GTX 1070 Ti will be launching very soon thanks to this slip up by Galax/KFA2. Hopefully the pricing will be good and we expect it to perform better than the AMD Radeon RX Vega 56.