Recently, the NASA spacecraft Juno swung by the largest moon in the entire solar system, Ganymede. Ganymede orbits Jupiter and the last time a close flyby of the moon was made was by Galileo in 2000.

“This is the closest any spacecraft has come to this mammoth moon in a generation,” Scott Bolton, the Juno principal investigator at the Southwest Research Institute, said in a statement. “We are going to take our time before we draw any scientific conclusions, but until then, we can simply marvel at this celestial wonder, the only moon in our solar system bigger than the planet Mercury.” 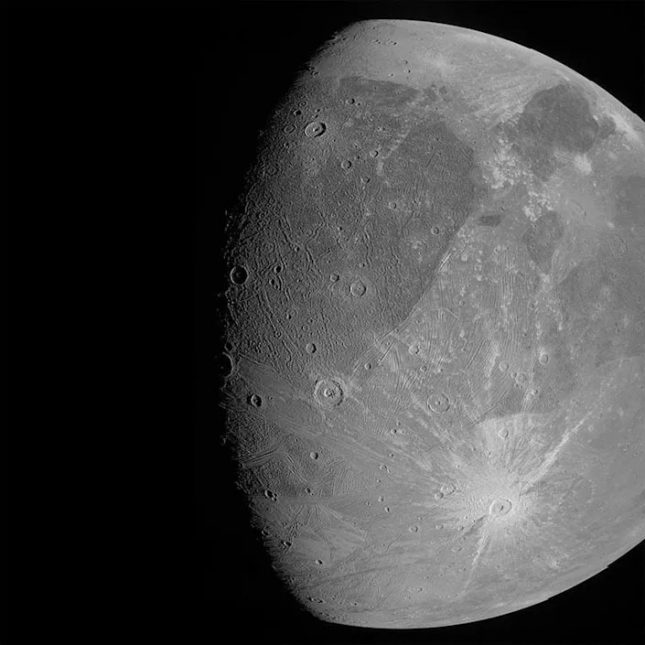 Juneau made its close pass by Ganymede at 1:35 PM EDT on Monday when it came within 645 miles of the surface of the moon. It was able to snap extremely crisp images of the pockmarked surface of Ganymede and its scientific instruments collected data.

Scientists expect the images to provide the first in-depth analysis of Ganymede’s composition and structure. The moon is covered in a thick layer of ice, and scientists want to know how the shell forms and the ongoing processes that resurface it over time.