There are legions of loyal fans in the Ford camp when it comes to performance cars and trucks. The F-150 is the best-selling pickup in the entire country, and in the 1990s and 2000s, Ford made a high-performance version that legions of fans are still loyal to call the Lightning. New rumors are making the rounds that hint Ford may be taking the Lightning name and applying it to its new electric F-150 truck.

The rumor comes from an internal Ford document given to Car and Driver by an anonymous source. The document allegedly shows the Lightning name along with references to the Mustang Mach-E and E-Transit electric van. With the Lightning name mentioned alongside those others, it would appear that the electric F-150 will wear that name. 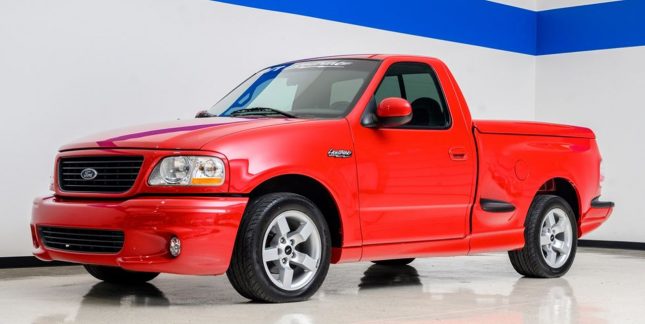 Seeing the Lightning name attached to an electric pickup will anger some fans of the classic performance trucks. When Ford used the Mustang name on its electric SUV, the Mustang Mach-E, Mustang fans were furious.

Presumably, Lightning fans will have a similar reaction. Ford has made no official comment other than to say it doesn’t comment on speculation about future products.