ISS Had To Move To Avoid Russian Debris

Every now and again, the ISS has to ignite some of its booster motors to move into a different orbit to avoid debris. This is exactly what happened late last week when the ISS had to change its trajectory to avoid debris left behind from a Russian anti-satellite missile test.

To move the ISS, the engine on a Russian cargo ship docked at the ISSS was ignited. NASA said, “This afternoon, the International Space Station’s Progress 81 thrusters fired for 4 minutes, 34 seconds in a Pre-Determined Debris Avoidance Maneuver (PDAM) to provide the complex an extra measure of distance away from the predicted track of a fragment of Russian Cosmos 1408 debris.” 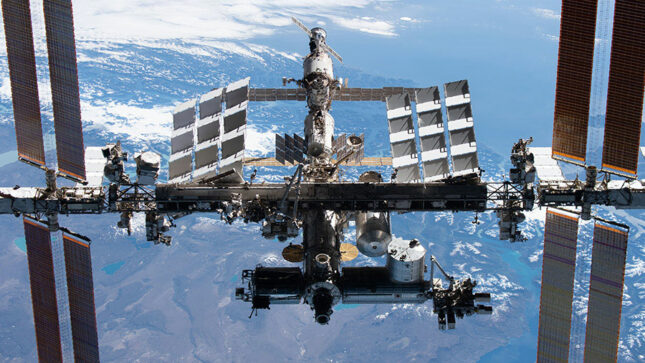 The thrusters were activated at 2:58 PM central time, and NASA stressed that there was never any danger to the crew aboard the space station. Russian space agency Roscosmos also commented on the move.

“I confirm that at 22.03 Moscow time, the engines of the Russian Progress MS-20 transport cargo ship carried out an unscheduled maneuver to avoid a dangerous approach of the International Space Station with a fragment of the Kosmos-1408 spacecraft,” Roscosmos chief Dmitry Rogozin said in a statement.