Not long ago, there was a coronal mass ejection from the sun’s surface that threw highly charged particles directly at Earth. While there was originally thought to be some potential for interrupted communications and GPS from satellites, none of that materialized.

What did happen was some incredibly intense aurora action for parts of the globe that don’t normally see the phenomenon. While it’s beautiful to see an aurora from the ground, the view from the ISS is even more spectacular. 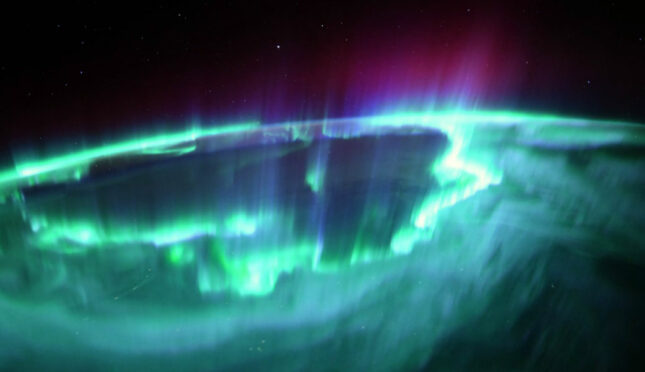 ISS astronaut Thomas Pesquet took the image seen above as the space station passed directly over the center of the ring of light seen in the image. It’s easy to tell how incredibly bright the Aurora was with all sorts of shades of green.

The aurora reportedly had spires of light emanating out toward the edges of the planet, and some spices like that extended higher than the space station’s orbit. Pesquet wrote, “We were treated to the strongest auroras of the entire mission, over north America and Canada. Amazing spikes higher than our orbit, and we flew right above the center of the ring, rapid waves and pulses all over.”