Apple is trying to make it easier to set up a new iPhone in iOS 12.4 and later. That version of iOS has a new local iPhone data migration option when setting up a new device. The Quick Start will now allow users to Transfer Data Directly without needing to use iCloud or an iTunes backup.

This is excellent for people who haven’t been baking up or who might have run out of space in iCloud and wanted the latest data from their device. The iPhone will default to transferring data using local WiFi connectivity. However, transfers can be made using a USB3 camera Adapter and a Lightning Cable reports 9to5Mac. 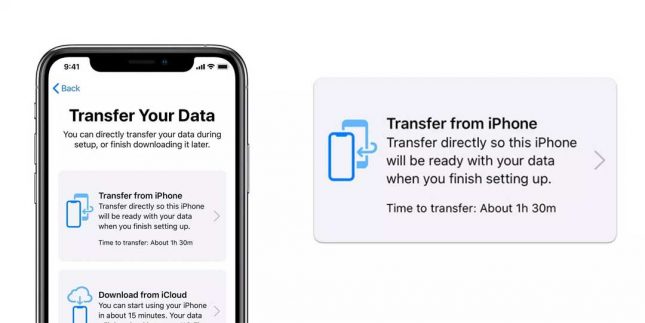 The new data transfer option is on iOS 12.4 or later so both the new factory-reset iPhone and the existing iPhone must be running the same version of iOS. iOS 12.4 launched on July 22.

Starting in late August, all iPhones sold will come with iOS 12.4 or later installed. That should mean that the new data migration features are available to everyone. Apps will be transferred by downloading them from the App Store.