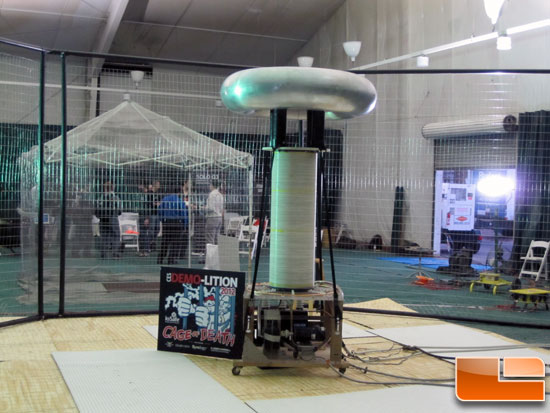 ioSafe has created a reputation for attempting to creatively destroy one of their rugged external storage enclosures. Since the Thunderbolt technology was very popular in the external storage markets for CES 2012, ioSafe decided their new Thunderbolt Rugged Portable drive should be put to the ultimate test of its name. So the guys over at ioSafe justifiably used a tesla coil to generate nearly one million volts and zapped the drive to see if it could take a direct lightening strike. 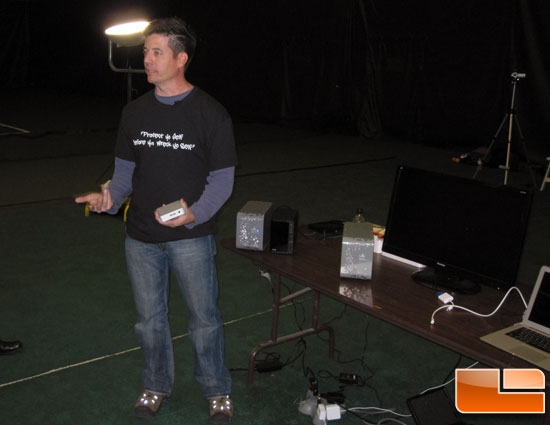 ioSafe’s CEO Robb Moore hosted the event and gave everyone the run-down on what was about to happen. He used his MacBook AIR to put files on the ioSafe Rugged Portable Thunderbolt Edition. 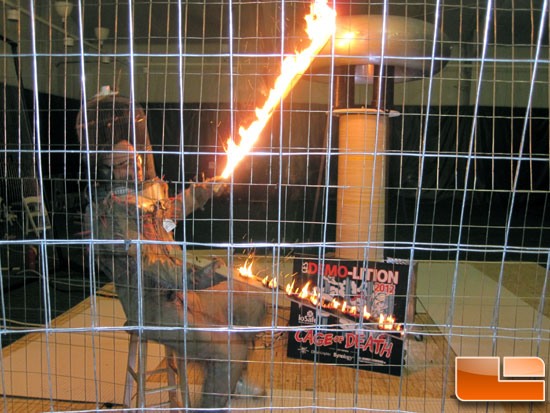 Before Dr. Megavolt zapped the ioSafe Rugged Portable with the tesla coil, he had some fun with the audience by using his Faraday Suit and some props to arc nearly 1,000,000 volts of electricity. Here he has two sticks of wood with a series of metal staples in them to cause the arc to travel along the staples. This arc is hotter than the surface of the sun, so naturally, the wood instantly caught on fire. Who doesn’t like fire? 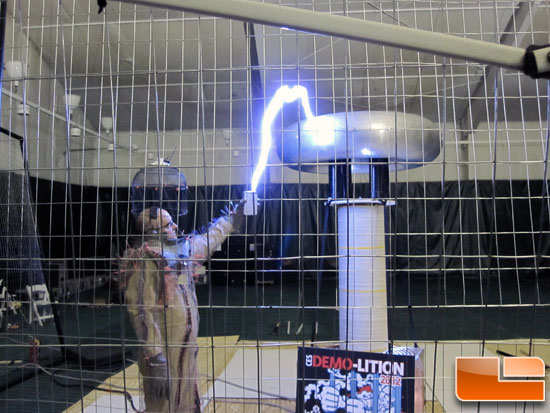 The main event was zapping the ioSafe Rugged Portable. Here we see the arc making direct contact with the outer shell of the enclosure.

We also recorded the entire event and put together a string of clips highlighting the best parts of the demonstration. Now, I don’t want to give away the highs and the lows of the demonstration, but this video is a must-see as Rob Moore and Dr. Megavolt attempt to kill the Rugged Portable Thunderbolt edition with a Tesla Coil and demonstrate why everyone needs to have a disaster recovery plan to keep their data safe.

A big thanks to the guys at ioSafe for hosting this event!