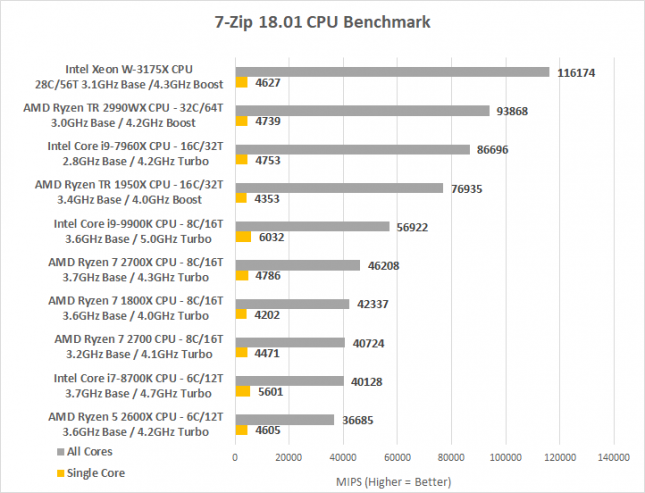 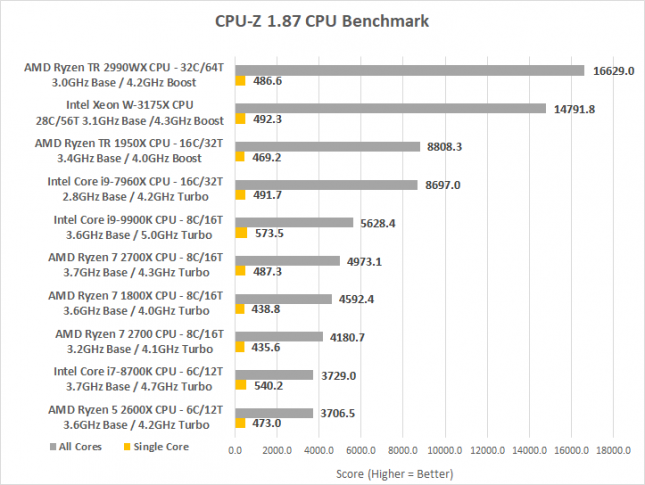 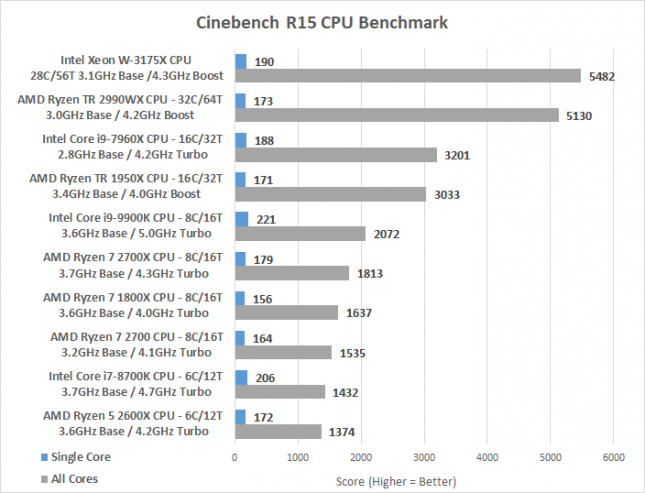 Cinebench Benchmarks Results Summary: Here we see the Intel Xeon W-3175X turning in a score of 5,482 points with all cores used and 190 on the single-threaded performance test. No other processor tested can touch that.