Legit Reviews recently got a chance to sit down with Intel to talk about their upcoming Xeon W processors based on the Cascade Lake architecture. Intel announced eight Intel Xeon W-2200 series processors today with pricing ranging from $294 to $1,333. These chips will replace the Xeon W-2100 series that are based on the Skylake architecture. The Xeon W-2200 series is aimed professional users that may work with data science workloads, visual effects, 3D rendering, complex 3D CAD, AI development and edge deployments. 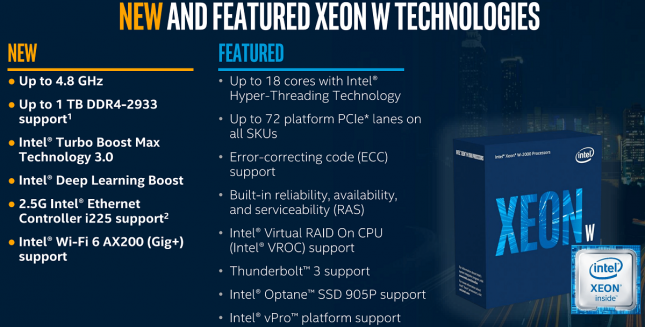 The new CPUs include up to 4.8GHz Turbo Boost Technology 3.0 speeds, up to 1TB of DDR4 (double the amount of the previous generation), higher DRAM speeds up to 2933MHz, and the latest Intel Deep Learning Boost technologies. There is also support for Intel’s 2.5G LAN controller, and support for Intel’s new WIFI 6 AX200 (Gig+) controller. Best of all these new processors still use the LGA2066 socket, so after a BIOS/UEFI update they will work in existing motherboards if that is desired.

Intel shows the new Intel Xeon W-2295 (Cascade Lake) processor is up to 11% faster in 4K video editing, up to 10% faster in 3D architecture rendering and up to 10% faster in game compiling versus the Intel Xeon W2195 (Skylake) processor. Compared to a 3-year old workstation those performance increase up to 97% faster speeds in 4K video editing, 2x faster speeds in 3D architecture rendering and 2.1x faster game compiling. So, those companies that upgrade every 3-years or needed to upgrade from an even older platform will see some nice performance gains in these areas. 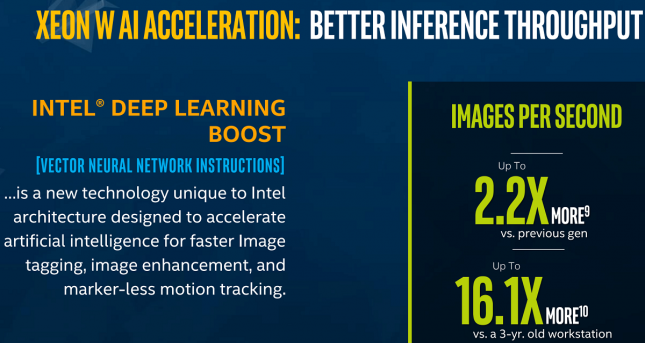 The new W-2200 series have Intel Deep Learning Boost technologies, so you’ll see up to a 2.2x increase from the previous gen and up to a 16.1x improvement over a 3-year old workstation. If you plan on working with artificial intelligence (AI) workloads this is a big deal and an area where Intel feels they have a significant lead over AMD even over their upcoming Threadripper 3 CPUs. 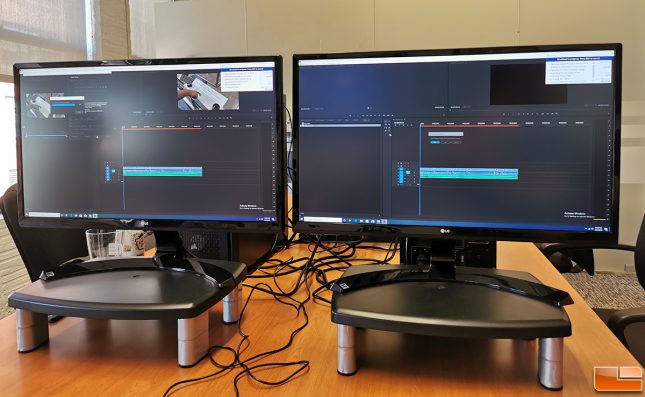 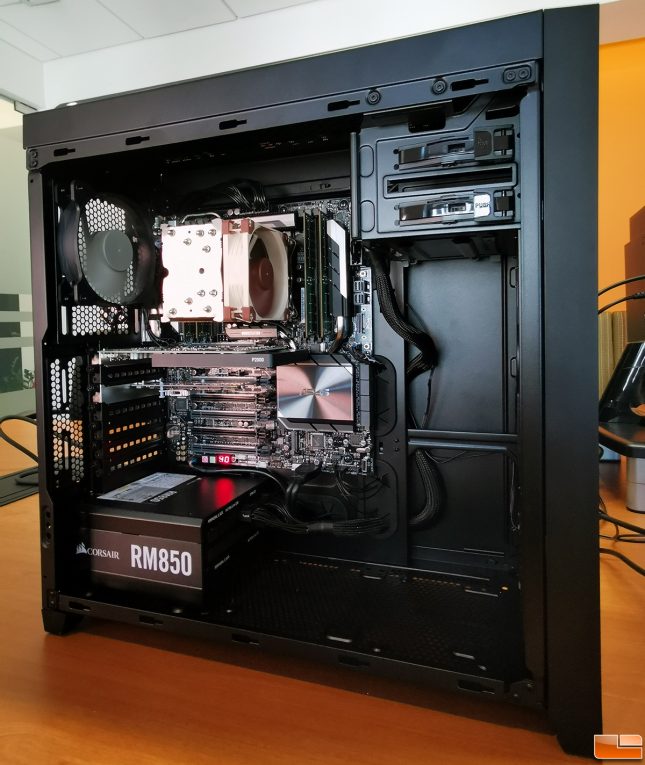 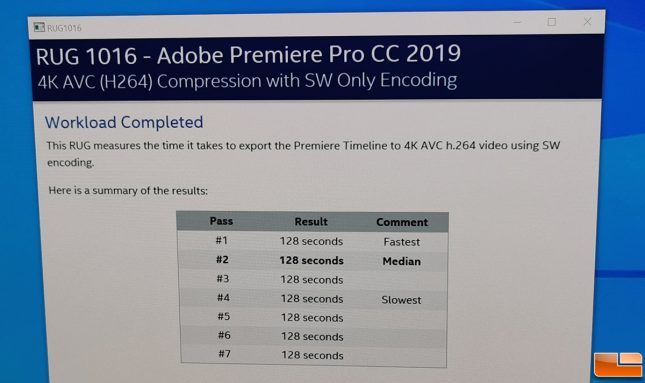 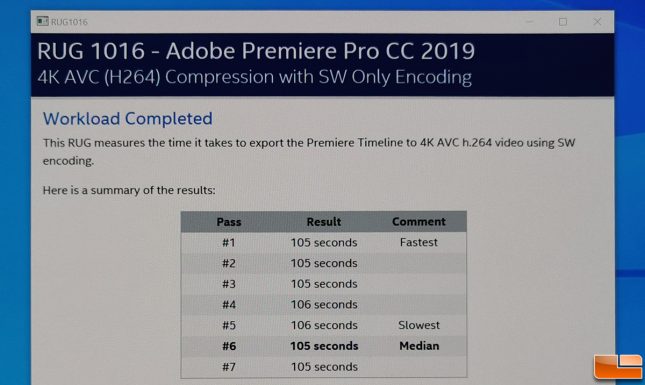 The Intel Xeon W-2295 18-core, 36-thread ‘Cascade Lake’ processor finished the workload with a median time of 105 seconds or 23 seconds faster than the last generation flagship CPU. So, this demo on Adobe Premiere Pro CC 2019 was showing an 18% performance improvement gen over gen. What is most impressive here is the fact that the Xeon W-2195 was priced at over $2,500 and the Xeon W-2295 is priced at $1,333. That means we are getting 18% higher performance for about half the price! 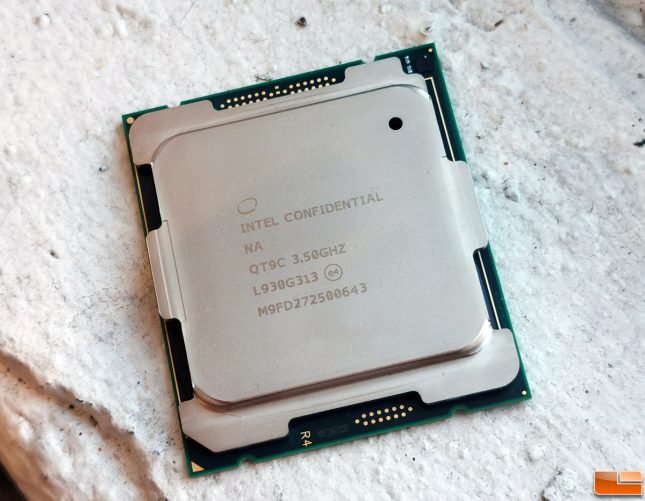