Let Me Introduce The New King Of The Hill: Conroe

Let me start off my saying that AMD has been the processor to have for gamers and enthusiasts over the past couple of years without a doubt. When Intel launched the Prescott core you could literally feel the breeze caused by consumers going from the Intel fan boy camp to the AMD side. The Intel Prescott faimly of processors were leaky and I even published an article examining Prescott temperatures nearly three years ago explaining why the core temperatures were high. From the time the original Prescott core was launched till the end of it?s life the updates that Intel made to the core were nothing less than amazing. The initial Prescott processor that I reviewed back in 2004 was nothing like their last major update of the Prescott core one year to the month later in 2005. By adding more L2 cache, support for Enhanced Memory 64 Technology (EM64T), Execute Disable Bit, and the combination of EIST (Enhanced Intel Speedstep Technology), C1E (Enhanced Halt State), and TM2 (Thermal Monitor 2) the updated Prescott was finally looking like a production processor from Intel. The only problem was the fact that a year went by and since enthusiasts upgrade more than once yearly this was not a good move for Intel. While Intel was busy updating their desktop processor lines, AMD was busy playing catch up and consumers were jumping ship. 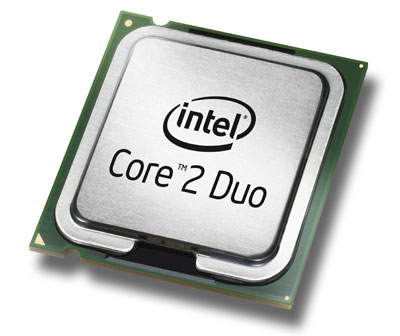 Early this decade Intel had the performance lead and Intel processors came at a price premium as a result. Thanks to this AMD was kept alive early on by pricing their mainstream Athlon XP processors at near $100 and their market consisted mainly of dedicated enthusiasts and gamers looking for performance on a budget. I was one of those consumers back in the day and found that the first Athlon XP processors allowed great overclocking by having unlocked multipliers (RIP my beloved Athlon XP AGOIA stepping 1600+). Those are the days when VIA KT333 chipsets were the chipset to have and having 80mm delta screamers were the “in” thing. When AMD moved over to the Athlon 64 series they placed the memory controller on the processor itself and their new core turned out to be faster than Intel?s processors in a number of benchmarking scenarios, especially when it came to gaming performance. AMD saw what their main consumer group was doing with their processors and answered with a knock out blow at a time when Intel was promoting a leaky processor that came at a higher price. AMD Athlon 64 processors was crowned the CPU to have when it came to gaming computers and consumers were willing to pay whatever the price to have one.

The next race for both processor companies was marathon race to have dual-core processors. Intel won the race by bolting two Prescott processors together, which to this day leaves us wondering if it was worth it, but that is water under the bridge now. AMD came out with their dual-core processors dubed X2’s a little later and once again had the performance to roll over Intel?s dual-core processors. AMD was able to take over the market lead for processor sales and the days of cheap AMD processors with unlocked multipliers across the board were long gone. AMD was now the lean mean fighting machine in green and was starting to give Intel a taste of what it feels like to be second in the processor market.

When you spent time at the top and have tasted victory it leaves a bitter sweet taste in your mouth. It’s that sweet taste left in your mouth that you want back and the folks at Intel have just started to get their spot on top of the mountain back. Just this week Intel took the crown from AMD for being the number one processor in U.S. retail market for June and that’s with the current processor lineup!

Today, Intel is introducing their next generation processor codenamed Conroe. This processor has had the most hype that I have ever seen and honeslty I jump right out and say that it doesn’t fail to impress. Sit back and grab a pint or a tea and examine what just might be the next processor in your computer system.