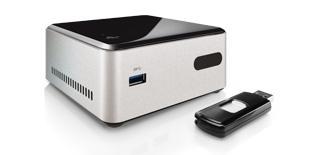 Has the inexpensive Intel NUC Kit DN2820FYKHK gotten your attention yet? The Intel NUC Kit DN2820FYKH is priced at just $128.00 and is powered by an Intel Celeron N2820 processor (up to 2.4GHz dual-core, 1MB cache, 7.5W TDP) that also contains Intel HD Graphics that operated up to 756MHz with a single HDMI 1.4a video output. The $128 kit comes with the processor, CPU cooler, power supply, motherboard, 802.11n WiFi card and the case. The only thing missing is a single 1066MHz DDR3L SO-DIMM memory module and a 2.5-inch notebook hard drive or solid-state drive. That means for well under $300 that you can build one of these tiny systems that measures just 116.6mm x 112.0mm x 49.5mm. We don’t have one of these systems for in-house testing just yet, but did get our hands on some internal board shots and we wanted to share them with you. 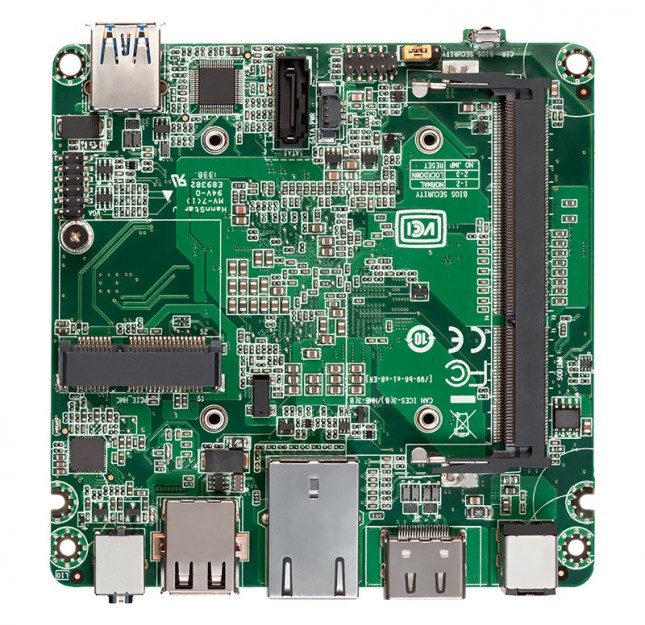 Looking at the the bottom of the motherboard you can see that there is a single half-length PCIe mini-card slot that is used be a pre-installed wireless card. Intel includes their own Wireless-N 7260BN card in the purchase price (IEEE 802.11bgn, Bluetooth  4.0, Intel Wireless Display built-in). It would have been nice to see 802.11AC, but that would have added another $15 or so to the purchase price. When it comes to memory there is a single DDR3L SO-DIMM memory slot, so you are limited to single-channel 1066MHz performance and up to 8GB memory modules. From what we have been told the BIOS on this particular model is fairly locked down as well, so it doesn’t look like you can manually adjust the memory divider for higher clock frequencies. 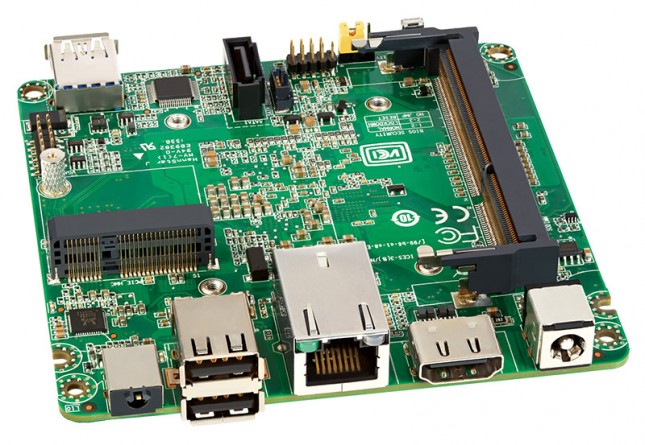 A ton of people are interested in using this $128 platform for a stream box and were curious about HDCP support. We took a look at the Intel specifications document and found out that there is support for HDCP ver 1.4/2.1 . Here is what the spec document said:

We’ve also seen a number of people asking about the maximum resolution that can be supported. The maximum screen resolution of the graphics core used on the N2820 allows up to 2560 x 1600 at 60Hz but that is only if it uses DisplayPort. Intel went with an HDMI video output on this particular unit, so the HDMI video output is capable of running at resolutions of up to 1920×1080 at 60 Hz. Sorry to dash the hopes of those that were wanting to push a 4K monitor with this budget friendly system.

The HDMI port supports standard, enhanced, or high definition video, plus multi-channel digital audio on a single cable. The port is compatible with all ATSC and DVB HDTV standards and supports eight full range channels at 24-bit/96 kHz audio of lossless audio formats. The maximum supported resolution is 1920 x 1080 @ 60 Hz, 24 bpp (WUXGA). The HDMI port is compliant with the HDMI 1.4 specification.

When it comes to connectivity you have the 3.5mm headphone and microphone combo jack, two USB 2.0 ports, Gigabit Ethernet (10/100/1000Mbps), the HDMI 1.4a video output and finally the power plugin. 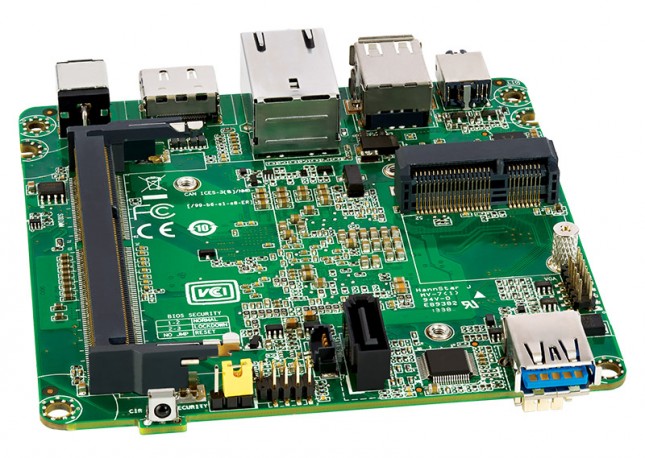 On the other side of the board you have the IR sensor on one side and then a single SuperSpeed USB 3.0 port. You can also see the single SATA III 6Gbps internal header from this shot that is used for the devices single 2.5″ storage drive. It should be noted that the maximum z-height that is officially supported is 9.5mm. 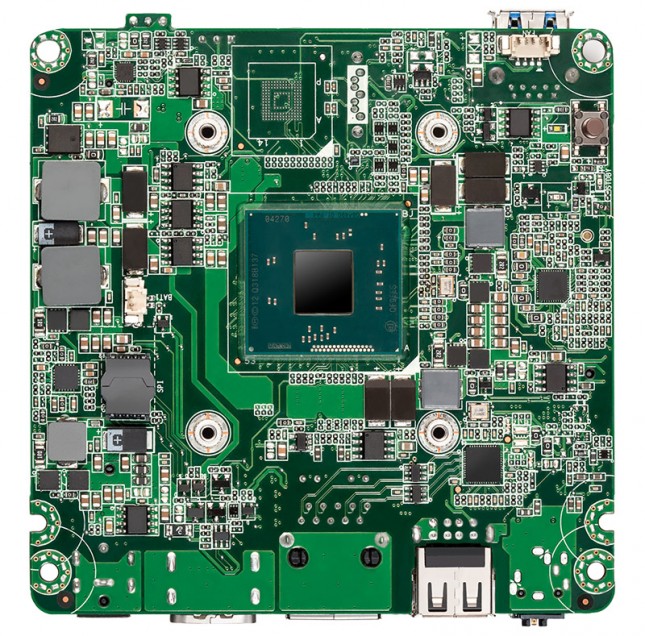 This is the only shot of the top side of the motherboard that we were able to get and it doesn’t show the HSF, but you can at least see the layout.

If you have any more questions about the NUC DN2820FYKHK Kit please let us know and we’ll try to get them answered for you!