Apple recently shook things up when they announced that they were going to stop using Intel processors and switch over to their own Apple silicon. The latest 13-inch MacBook Pro, MacBook Air, and Mac mini all use Apple’s new M1 processors and are now challenging Intel processors in the mobile market. Intel and Apple have been frenemies for some time, but things have certainly heated up in recent months.

Intel has taken things up a notch by hiring “I’m a Mac” actor Justin Long to do a series of Intel videos for their #GoPC marketing campaign. The videos highlight the benefits of PCs in this competitive environment and tie to a new Intel.com/GoPC landing page. 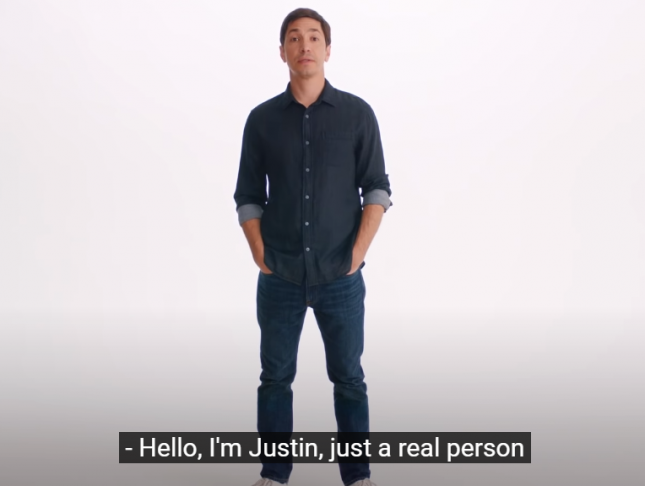 Justin Long started in Apple’s “Get a Mac” TV ad campaign from more than a decade ago. It seems he has fallen in love with PCs and is now comparing the the choices that consumers face when picking between a Mac and PC. The videos are funny and are worth checking out.

There are five videos in the series and Justin says he is “Just a real person doing a real comparison between Mac and PC.” In this video he shows how PCs have many different form factors and all sorts of colors. He then walks over to the new MacBook and says they are gray and grayer.

In the second video the focus was on touch screens and shows an ASUS Zenbook with two touchscreens versus a MacBook with a touch bar. The video concludes with Siri unable help with a “sorry, I didn’t catch that” response to Long trying to use the touch bar.

Intel has a ton of 2 in 1 laptops on the market and convertibles have gained a cult following in recent years.

For the gaming segment they show an MSI gaming laptop powered by an Intel Core i7 processor being played by a gamer using Microsoft Xbox Wireless Controller and a wired Razer gaming headset. When Justin Long inquires about gaming on an Apple system the gamer replies No one really games on a Mac and an empty chair was shown. Ouch!

The final video is aimed at content creators and the fact that you can only easily connect one display to a Mac. Long explains that with a PC you can connect three monitors.

Intel makes great points with all the areas that selected to highlight in this marketing campaign and we like the humor. The Intel and Apple rivalry is only just starting and we hope that Intel continues to go this route. 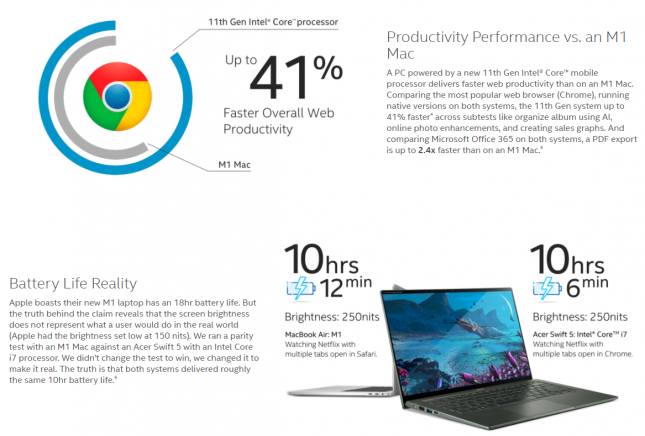 If you were looking to geek out on more numbers or benchmarks then head over to Intel.com/GoPC and you’ll find some there. There they claim the 11th Gen Intel Core Processor is up to 41% faster in Chrome for overall web productivity over the M1 Mac. They also claim to be 2.4x faster than an M1 Mac for a PDF export in Microsoft Office 365. They also showed that in their testing the MacBook Air: M1 and the Acer Swift 5: Intel Core i7 had comparable battery life when both systems were run at 250nits brightness.

What do you think about the big #GoPC marketing campaign by Intel staring Justin Long?