Details on the Intel DX58SO ‘Smackover’ motherboard are becoming crystal clear here at the Intel Developer Forum in San Francisco! For those that haven’t been keeping up on the bleeding edge of technology the new chipset that Intel will be releasing to support Core i7 processors (Nehalem) is the X58 Express (Tylersburg). The Intel X58 Express chipset is paired with the new ICH10 southbridge chipset and the result is a cutting edge motherboard that will power the new LGA1366 processors. 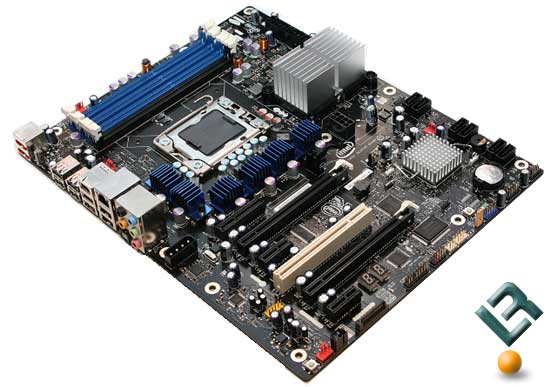 One of the new features that stands out on this motherboard is the fact that it supports triple channel memory for improved memory bandwidth. If you look very close at the picture above you’ll notice that Smackover actually has four DIMM slots for DDR3 memory modules. 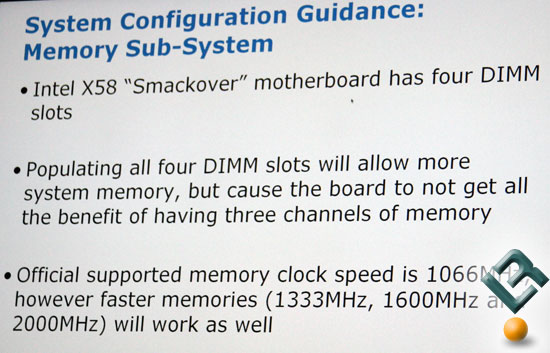 In a meeting between Legit Reviews and Intel it was discovered that three slots should be used if you want the best performance.  If you pop in a fourth module and occupy all the slots the DX58SO motherboard won’t be running in quad-channel.  It will actually default back down to single channel mode, which will obviously drastically impact memory bandwidth. The official support memory clock speed is 1066MHz, but Intel was quick to say that 1333MHz, 1600MHz and even 2000MHz memory kits will work on the platform. 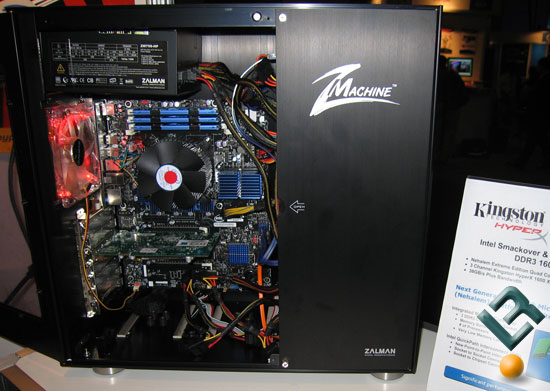 We talked to a couple memory companies about this frequency claim and they said 2GHz was possible, but not an easy feat to reach.  One of the things that is limiting how fast the modules can go is the fact that the Intel DX58SO motherboard only supports 1.65VDIMM.  This is much lower than other DDR3 chipsets that are currently on the market, so some SPD tweaks and IC changes are needed to reach peak performance levels on this new chipset. One of the other reasons that high memory clocks are tough to reach is because the board is still pre-production and the BIOS is still being optimized for stability, as well as, performance. 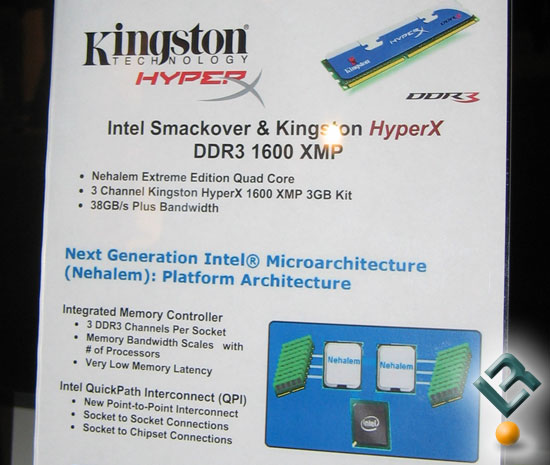 Kingston Technology has a system running Kingston HyperX DDR3 Memory at 1600MHz at the Technology Showcase at the Intel Developer Forum that we were able to take a look at. Kingston wasn’t showing off any performance numbers since they are under NDA, but they said it is an impressive platform and they will be supporting it.  This means Kingston triple channel memory kits are in the works and will be released around the same time as this platform. Kingston and Intel also both confirmed that Intel eXtreme Memory Profiles (XMP) still work on this system, so no worries on that.  The Intel DX58SO ‘Smackover’ motherboard looks like it will be a solid performing motherboard with some features that will get the industry talking!