Intel Doubles Down on AI Engines For Tiger Lake Processors

Intel held a quick Performance Workshop here in Las Vegas ahead of CES 2020 to talk about some of their performance strengths. Intel introduced the first mobile CPU to enable AI on the laptop by building intelligence into the 10th Gen Intel Core processors, codenamed Ice Lake.

Intel showed off their client AI performance leadership by showing results of AIXPRT and common AI applications like Adobe Photoshop Element CC, Adobe Premiere Pro 2020 and Topaz Labs. Intel is getting at least 2x more performance on their systems, versus the competition according to the results shown. Intel was comparing an AMD Ryzen 7 3700U to the Intel Core i7-1065G7. 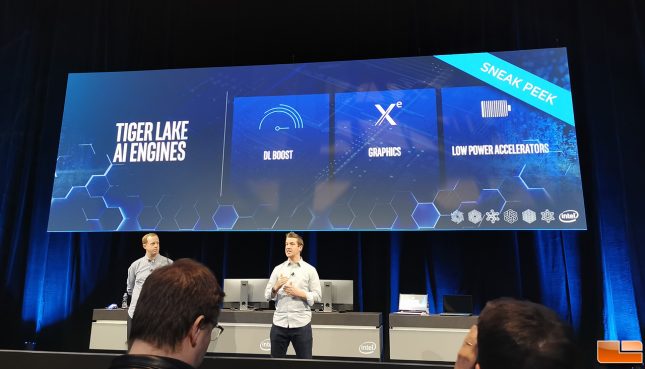 Intel also gave us a little sneak peek, from an AI engine standpoint, that all three AI engines will be taken to the next level on Tiger Lake. Tiger Lake will likely be built on Intels 10nm++ manufacturing process, a refined and optimized version of its current 10nm process used for Ice Lake. From a deep learning boost (DL Boost) standpoint we were told that you’re gonna see a lot more AI performance on Tiger Lake. When you get to the Intel Xe graphics, we learned that the INT8 instruction set has been accelerated for on Xe Graphics for faster inferencing performance for AI with Xe graphics on Tiger lake. And then on the Intel GNA for low-power neural network acceleration side they are moving on to GNA 2.0. This bring a whole generation improvement with regards to low power acceleration. So, all three AI engines that Intel currently leads the industry with on Ice Lake processor will all be updated and refreshed for the Tiger Lake processor series. Intel believes that they are bringing AI PCs to the next level with our second generation AI technology. 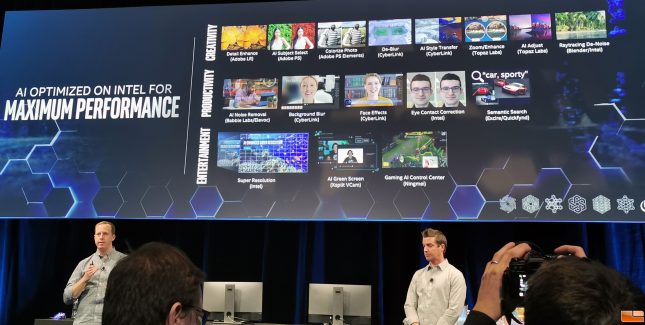 Intel feels this is really important as the number of applications that are AI optimized on Intel for maximum performance is growing. 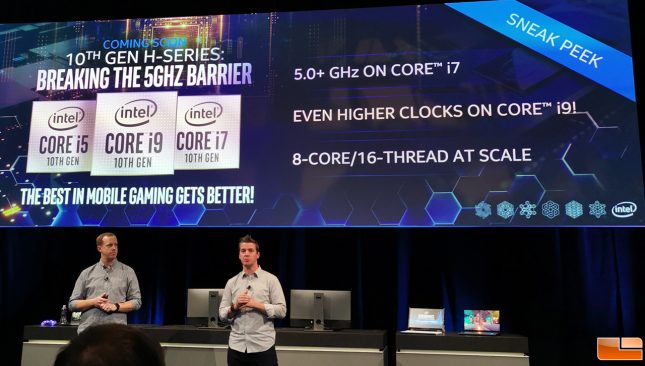 Intel also announced that 8-core, 16-thread variants of Comet Lake-H processors will come to high-end laptops down the road. Right now Intel offers Comet Lake-U processor with up to 6-cores and 12-threads with up to a 25W configurable TDP. This means we will be seeing more cores and higher clock speeds as Intel says they have been able to push Comet Lake-H beyond 5GHz clock frequencies. No additional details were given about the clock speeds, but we doubt that this will mean 5.0+ Ghz on all-cores during boost. It is still an impressive feat and it will help take mobile gaming to the next level. 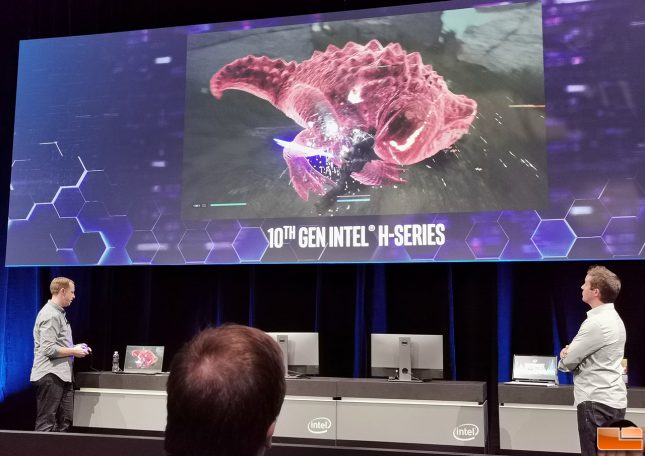 Intel will be talking more about these areas at various events taking place this week at CES 2020.