During IFA in Berlin, Intel announced that their high-end Core i9-9900KS will be made available for purchase sometime in October 2019. Pricing was not announced on the CPU that can boost to 5.0 GHz on all cores, but we expect it to be priced slightly above the current Intel Core i9-9900K that is currently carries a recommend price of $488-$499. 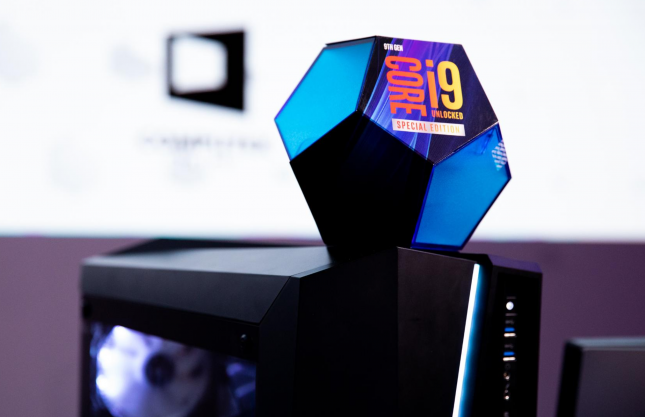 Having the Intel Core i9-9900K running at 5.0 GHz boost clocks on all cores without exotic cooling is pretty impressive and Intel wanted to show that off at IFA. During the press event Vice president of tech leadership marketing Jon Carvill and chief performance strategist Ryan Shrout showed a demo of the chip in action. Intel Hitman 2 – New York (DLC) and showed that the chip was indeed running at 5 GHz across the cores besides the occasional dip here and there. The demo system was cooled by a Corsair Hydro Series 240mm AIO liquid cooler, which is a popular brand and size for enthusiasts. Intel also went with an NVIDIA GeForce RTX 2080 Ti on the demo system.

You can see a quick video that we took of the 9900KS game demo below.