The Intel Core i9-11900K has impressive single-threaded performance. In the vast majority of the single-threaded workloads it blew away the other processors and was clearly the champ. The performance result in our Dolpin emulator benchmark was absolutely insane! 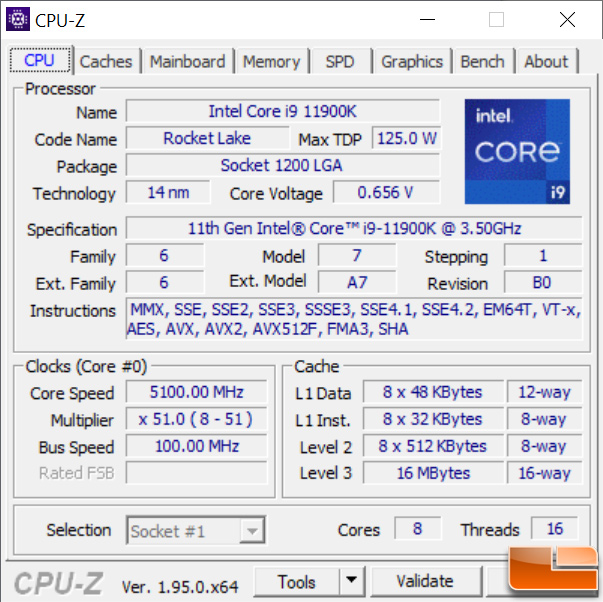 Power consumption isn’t anything to write home about since Intel backported this chip from 10nm to 14nm. The reduced core count is a direct result of this backport as the die size was too big and they needed to keep the power at 125W TDP. Intel made tradeoffs when making this processor and it is clear that buyers of this processor will need to understand that it is best suited for single-threaded performance and lighter workloads.

We didn’t talk about or test some the new benchmark capabilities for Rocket Lake. For example it does support new features like PCI Express 4.0 and Intel adaptive boost. Intel Adaptive Boost must be enabled in the BIOS and will allow the clocks to stay higher for longer periods of time to improve system performance. This is enabled by default though, so it will be something that we’ll try to look at later.

When it comes to pricing the 11900K is priced at $539 and that is actually higher than the 10900K launched at in Q2’2020. The 10900K came to market at $489, so the 11900K is priced higher. This is also expected to be the final processor series for the LGA1200 platform. Intel’s next-generation Alder Lake comes to market in late 2021 and will use the LGA1700 platform. So, if you invest in an LGA1200 platform be sure to understand that the upgrade path might not be there. Alder Lake might also be an expensive platform as it will be the first to use DDR5 memory and that will likely be expensive at first.

So, Intel’s Core i9-11900K does really well at single-threaded workloads and fails to impress on heavily-threaded workloads. You can only do some much with 8-cores in 2021 and it would have been interesting if Intel could have brought CPUs to market with this architecture in 10- or 12-core configurations.

We’ll be doing more testing on Rocket Lake down the road and we hope that you enjoyed our first look that covered over 15 different benchmarks!