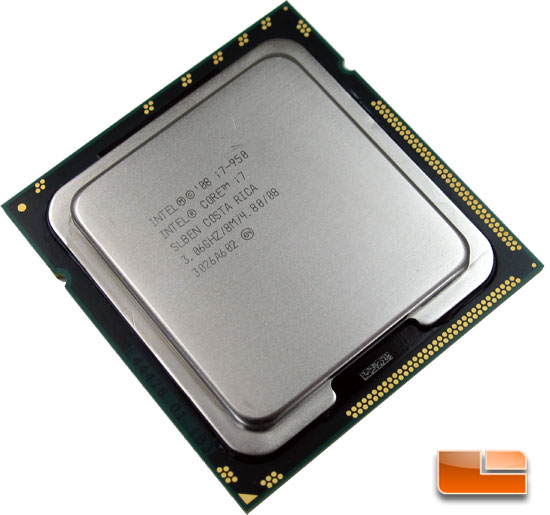 Gaming performance shows mixed results. In Aliens Vs. Predator the processor seems to make very little difference in frame rates. This is noted by a difference of only 2.6 frames per second between all of our processors today, which range from the sub-$100.00 AMD Athlon II X4 640 all the way up to the $874.99 Intel Core I7 970. While there is minimal performance differences, it is definitely worth noting that the Intel Core I7 950 was tied fro the top spot in Aliens Vs. Predator with the Intel Core I7 970 hex-core processor. Colin McRae: DiRT2 shows that our AMD hex-core processors have the edge of the Intel Core Series processors. Granted the margin is small, only ~4.3%. When comparing the numbers though, every little bit matters. The final gaming benchmark that we ran today was S.T.A.L.K.E.R.: Call of Pripyat, this game lines up the processors how I figured they would be lined up all day, but I’ll admit that I have been surprised throughout the day. The Intel Core I7 970 was on top, followed by the I7 950, and then the I7 930. Though all of the Intel processors were separated by only 4.5 frames per second at 1920×1080. When comparing the Intel Core I7 950 to the AMD Phenom II X6 1100T Black Edition they were separated by 12.2fps which is nearly 11% over the Phenom II.

Overall I think it’s a toss up. If you are building a new machine and are torn between the Intel Core I7 950 and the AMD Phenom II X6 1100T Black Edition, there are several key points to consider. First and foremost, what are you going to be using the system for? If you are building a gaming rig, you will be happy either way that you go. If you are going to be doing alot of video rendering, the hex core AMD Phenom II X6 1100T Black Edition processor may be the best choice. The next point to consider is price, AMD systems on average do cost less to build. The system’s that we used today are near the same cost, but we have to keep in mind the components that we are using. The AMD Phenom II X6 1100T was set-up in our MSI 890FXA-GD70 which is near the top of the price range for AMD motherboards, and the GIGABYTE GA-X58-USB3 is on the bottom end of the price spectrum for Intel X58 motherboards. Both of these motherboards work great, but we could have saved ~$100.00 if we were to use a board like the GIGABYTE 880GMA-UD2H which is a great little board and is available for under $100.00. Current online pricing puts the Intel Core I7 950 at $294.99. Which is a serious drop from the ~560 when it was released. Though if you are one of the lucky ones who happens to live near a Microcenter, you can purchase the Intel Core I7 950 for as little as $199.99 and save even more!