Last week when we reviewed the AMD A-Series Llano A8-3850 APU we had a bunch of readers wanting to see performance compared to more Intel Sandy Bridge processors. One of the processors that we were asked about was the Intel Core i3-2120, which retails for $149.68 and is one of the most popular budget-minded processors in the Intel arsenal today. We heard you and have gotten our hands on a retail boxed Intel Core i3-2120 processor to see how it performs against the Intel Core i3-2105, Core i7-2600k and the AMD A8-3850 APU. Before we jump into the benchmarks and testing we should at least show you the basic features of this processor and what comes with the retail boxed version. 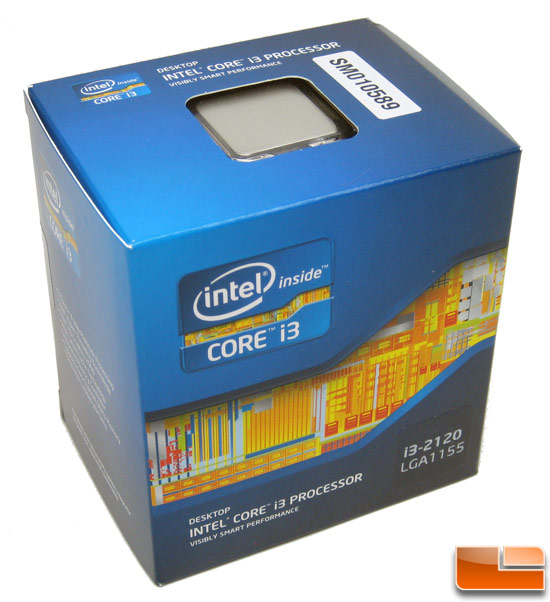 The Intel Core i3-2120 is based on the 32nm ‘Sandy Bridge’ architecture and is a 3.3GHz dual-core processor with Hyper-Threading. The CPU does have a GPU on it and that would be the Intel HD Graphics 2000, which runs between 850MHz and 1100MHz thanks to a dynamic clock cycle. The multiplier is locked on the Core i3-2120 processor as it is not part of the ‘K-series’ of processors that are aimed at enthusiasts with unlocked multipliers. 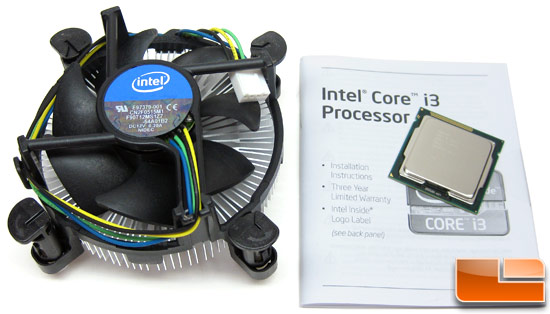 Since our review sample it the retail box Core i3-2120 (part number BX80623I32120) the processor comes with a CPU cooler along with a three year limited warranty. If you buy a tray processor you do not get the Heatsink Fan combo or the longer warranty. 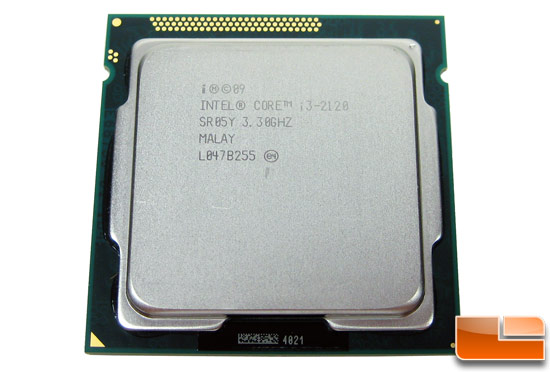 As you can see this Intel Core i3-2120 is not an Engineering Sample processor and batch number of L047B255. You can also see the S-Spec number SR05Y on the integrated heat spreader (IHS) and that it was made in the country of Malaysia.