The upcoming Intel Coffee Lake H 6C/12T mobile processors are going to take laptops to the next level when it comes to performance and today we get to see what Intel is sitting on. An unknown 45W H-series mobile processor that is clocked a 2.60 GHz was benchmarked on Geekbench 3.4.1 for Windows x86 (32-bit) and scored 4,013 points on the single-core test and 19,129 points on the multi-core test.

The full processor details can be found here. 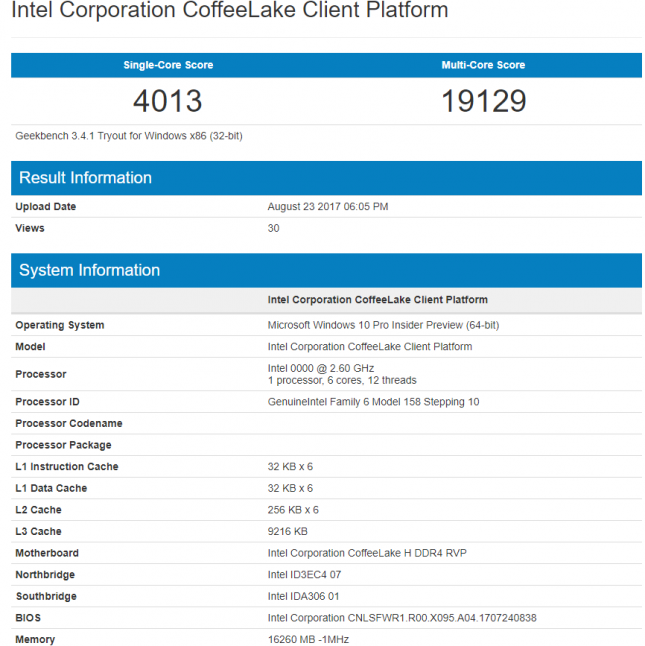 This upcoming 6-core mobile part from Intel is able to outperform some popular desktop processors from years past, so 45W performance laptops are going to pack a mean punch! These 45W parts also end up in many small form factor multimedia and gaming designs like the Intel NUC, Gigabyte BRIX and Zotac ZBOX mini PCs to name just a few.