Intel has released new chipset device software (INF Update Utility) for most all of their processor and chipset families. The driver revision number is 10.0.27 and it can be downloaded now. When looking at the release notes we discovered that the latest INF Update Utility from Intel supports 6th Generation Intel Core processors and the Intel 100 Series chipset! Intel 6th Generation Skylake processors are scheduled to come out around the time of Computex according to online rumors.  A recent roadmap leak showed the Intel Core i7-6700K and Core i7-6700 desktop LGA processors would be coming out in Q3 2015, so it looks like all indicators are pointing to a launch of these new boards based on the Intel 100 chipset series along with Skylake CPUs will be happening very soon. Are you ready for an Intel Core i7-6700K processor and Z170 board? 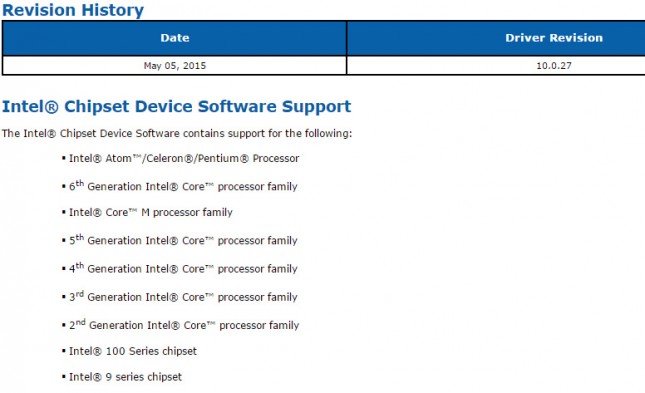