Today at a memory and storage day in Seoul, South Korea, Intel announced a number of things to show that they are still fully committed to innovation in the memory and storage in the data-centric computing market. One of the major announcements is that Intel is the first to demonstrate 144-layer QLC (quad-level cell) NAND Flash that is 1024Gb in density. This is a significant milestone as it will increase data center and client-side memory density while lowering costs. The goal for any Solid-State Drives (SSD) maker right now is to get companies to replace their ‘old’ mechanical hard disk drives with SSDs that offer faster speeds, lower power consumption and less noise. 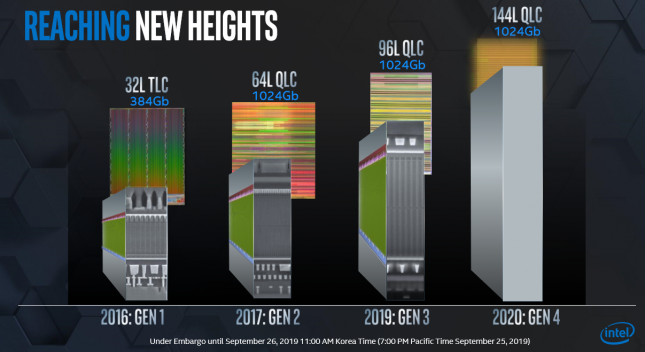 Competitors like South Korean manufacturer SK Hynix recently started mass production of 128-layer 4D TLC NAND Flash chips. SK Hynix also announced development of 176-layer NAND Flash, though provided no details on release. So, it seems we are in no way slowing and hitting technology limitations that can’t be overcome when it comes to vertical stacking. 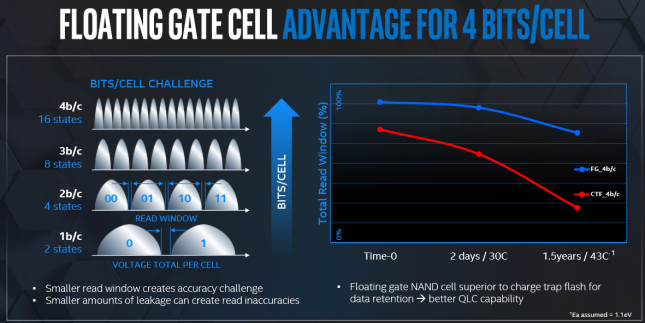 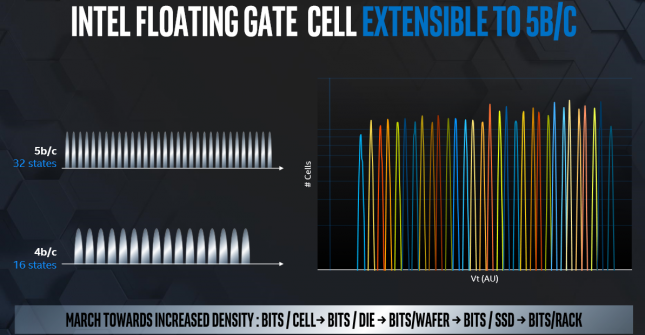 Penta-level cell (PLC) NAND Flash is something a number of companies are working on and it doesn’t look like it will be super tough for Intel to get PLC NAND Flash working based off their existing QLC NAND technologies. Intel has been able to extend the capability of their Floating Gate 3D NAND technology for years now and that continues to drive compelling new operating points for density and cost in Datacenter and Client storage.