It looks like VR-Zone has gotten their hands on some early Intel platform roadmap slides that show what Intel is planning in 2015. It looks like 2015 is shaping up to be a big year for desktop platforms as there will be the release of Intel Skylake processor microarchitecture that will be the successor to yet to be released Broadwell architecture. Skylake will use the 14 nm manufacturing process and will use a new socket called LGA1151. There will also be a new chipset to go along with the new processor and socket that Intel is referring to as the 100-series. From what we found on Wikipedia the Intel 100-series of chipsets will consist of a single PCH silicon with these features:

The leaked slide shows there will be four diffent kinds of Skylake packages; SLK-H, SLK-Y MCP, SKL-U MCP and SKL-S. The good news for desktop users is that the SKL-S sku will be for socketed LGA desktop boards. The others are all BGA parts for compact, ultra-low power desktops, all-in-ones and notebooks. Also shown are four new wireless solutions; “Snowfield Peak” consisting of WiFi and Bluetooth, “Douglas Peak” to be WiGig, WIFi and Bluetooth, “Pine Peak” with WiGig and XMM 726X for the WWAN 4G LTE . Lastly, there is Jacksonville as the new Gigabit Ethernet controller that will be replacing Intel Clarksville (also known as the Intel Ethernet Connection I217).

Intel won’t comment on things like this, but we do know that Intel has new processors coming out this year with the Haswell refresh and Devil’s Canyon processors this summer and then Broadwell after that. Our best guess is that Skylake will be out in the second half of 2015 if all goes well, but it wouldn’t shock us if it got pushed into early 2016 for some reason as we’d expect there to be about a year between Broadwell and Skylake. 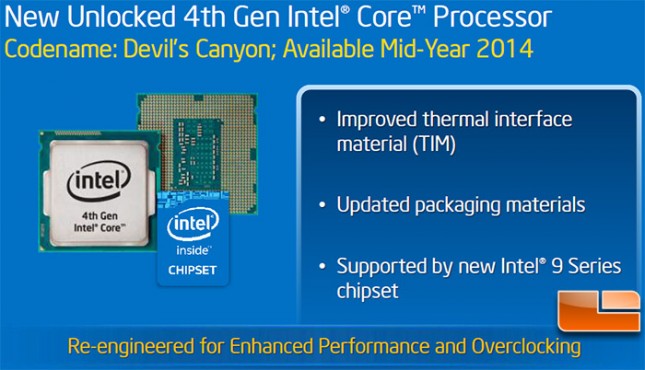 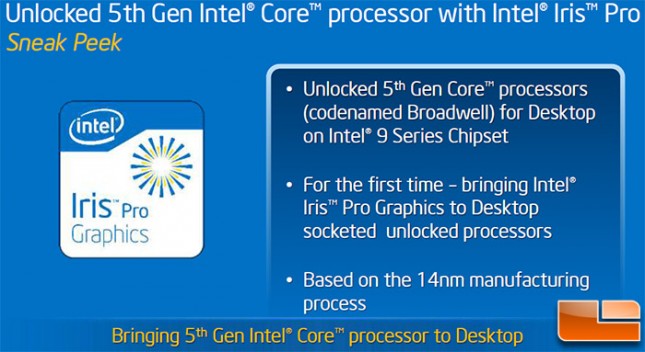