A new marketing slide that is purportedly from Intel has turned up on vr-zone and it shows that Intel will be released their 14nm Broadwell desktop processors in the second quarter of 2015. Intel kindly asked Legit Reviews not to publish or host non-public slides, so please check out the source to view the actual slide.

The leaked slide shows that these Broadwell desktop processors will initially be launched as quad-core (QC) variants with 65W TDPs, unlocked features and are LGA1150 socketed. The roadmap shows that Intel will be releasing Skylake-U BGA processors first for tablets and notebooks and then Intel will release Skylake-S processors shortly after that near the end of Q2 2015. These will of course be Intel 6th Generation Core processors and this will be a ‘tock’ in Intel’s tick-tock release cycle! The end of Q2 release date makes sense as Intel could release the new processor series along with the platform it uses at Computex 2015. The processors will be 95 Watt TDP ‘K-Sku’ unlocked parts along with 65W and 35W CPUs. The roadmap shows that the Skylake-S parts will consist of both quad-core and dual-core processor varieties. You’ll need a LGA1151 motherboard to run a Skylake-S processor. Yes, there is a socket change that is coming this year for the mainstream desktop market. 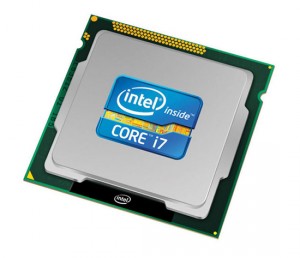 The Intel LGA1150 socket was introduced in June 2013 along with Haswell processor series and this platform will continue to be used with Broadwell processors that are coming in Q2 and will still be supported with product well into 2016. The bad news is that Broadwell was delayed by nearly a year, so Skylake processors along with the brand new LGA1151 platform are on schedule and it doesn’t appear that Intel will be delaying that platform. Intel came out with the Haswell refresh along with the new Intel Z97 chipset that were supposed to hold the platform over in 2014 as a measure to hold things together until Broadwell could arrive. We were originally told that Boardwell and Z97 were supposed to launch together. This creates an interesting situation as Intel will have two different mainstream platforms to pick from later this year! If you are building a new system this summer you’ll get to pick between using Broadwell with an Intel 9 series chipset board or you can go Skylake with an Intel 100 series chipset board. The obvious choice for enthusiasts would be to go Skylake, but keep in mind that skylake will likely be using DDR4 memory and that will drive the cost of a platform up.

The last interesting this on the roadmap is of course Broadwell-E, which are 6-core and 8-core processor that should work on existing Intel X99 based motherboards after a UEFI/BIOS update. Broadwell-E is scheduled for the first quarter of 2016 and appear to have the same 140W TDP power envelope as the current Haswell-E processors.

Many enthusiasts and gamers get upset when Intel changes sockets as that means they have to update the bulk of their system. The Intel LGA1150 platform is actually going to be around for a fair amount of time. The Intel LGA1150 socket was the replacement for the LGA1155 socket that reigned supreme for 2.5 years. LGA1155 was introduced in January 2011 with Sandy Bridge processors and then later with Ivy Bridge processors until LGA150 came out in June 2013. It looks like LGA1150 will have new processors being released for the platform for over 2.5 years if the slides are correct. Intel could always shorten Broadwell’s release cycle if the see a reason to.