One thing that has always bothered many people is how long it takes to actually get to a computer to a working state after you power up the system.  We live in such an instant society that it is hard for us to wait for the minute or so.  We forget that not too long ago, it took several minutes to get a system up and running, and sometimes you even had to change out a floppy disk to continue!  Man, times have changed!  ASRock has decided to help us cope with those changes by introducing a technology called Instant Boot on their nForce 740i SLI motherboard based motherboard – N7AD-SLI. ASRock says that your system can be up and running in as little as four seconds.  Though we did not experience that kind of speed, it was a nice feature to work with.  We put together a short little video review to show you how it works.

Understanding how Instant Boot works is really not that difficult. It really is nothing more than an enhanced S3/S4 state that is used. ASRock has dedicated some web space to explain the whole process, but these slides explain it pretty good: 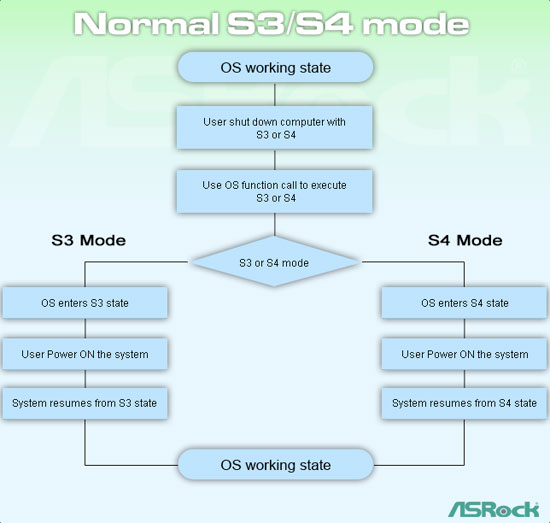 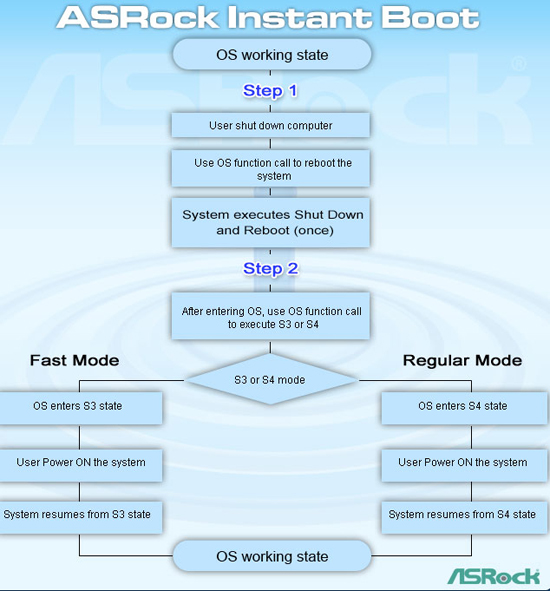 The whole reboot process is necessary to make the start-up so quick. Instead of a user having to mess with the OS or BIOS to set S3/S4 up, Instant Boot uses a software interface to accomplish the task.  It goes even further than just a typical S3/S4 state though, as the reboot process also sets the machine to be almost instantly useable (in fast mode).  The novice computer user should have no issues using Instant Boot at all.  It is safe and VERY self explanatory.  I was a little surprised that there was not a single mention of Instant Boot in the owner’s manual for the board.  That was certainly an oversite that needs correcting!

Legit Bottom Line:  Instant Boot technology will be a welcome feature for anyone using a computer.  It saves you time, and all of us can use a little more of that!  Great job ASRock!  (Look for a full board review in just a couple weeks!)