NASA’s Ingenuity helicopter has performed much better than anticipated. To celebrate its one-year flight anniversary, NASA used Ingenuity to take an interesting picture. On April 19, Ingenuity took pictures of the parachute that was used to slow the Perseverance rover landing on February 18, 2021.

The helicopter also snapped an image of the back shell that helped protect the rover and Ingenuity during its descent through the Martian atmosphere. The shattered debris on the desolate surface of Mars makes for a fascinating picture. 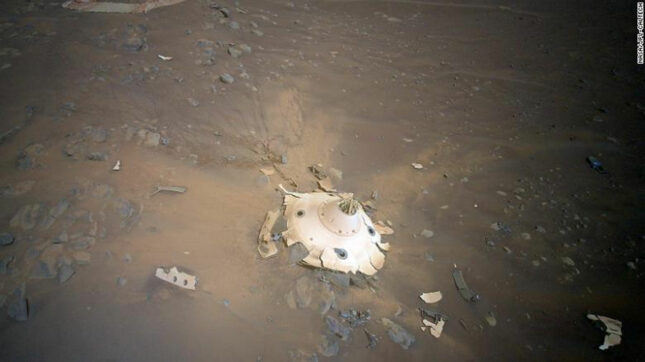 In the photograph, you can also see that the cables detached the red and white striped parachute to the backshell appeared to be still attached to the parachute. The pictures were specifically requested by engineers working for the Mars Sample Return program.

The engineers wanted the photographs to help them prepare for future missions to Mars that require landing and launching from the Martian surface. Since the back shell’s descent was slowed by a parachute, it’s in surprisingly rough shape.