Infinix is not a household brand name in the United States, but the brand has been growing globally in recent years. The Chinese manufacturer today released its Hot 10S Series of budget friendly gaming smartphones. Market research suggests that there will be 2.7 billion mobile gamers by 2023 and gaming phones are all the rage these days. 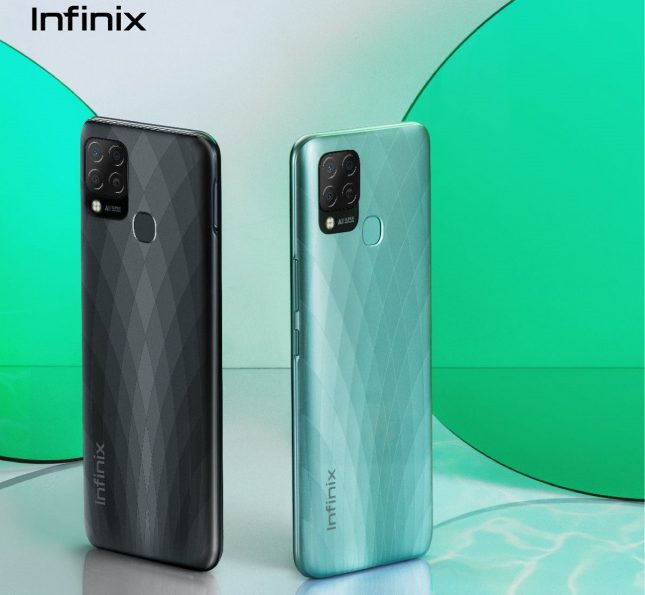 Under the hood both models have MediaTeks Helio G85 Octo-Core SoC, a triple camera with Super Nightscape imaging, and large 6.82-inch 1640 xHD+ display. These are pretty impressive sounding features to have on a smartphone that is available for such low prices. 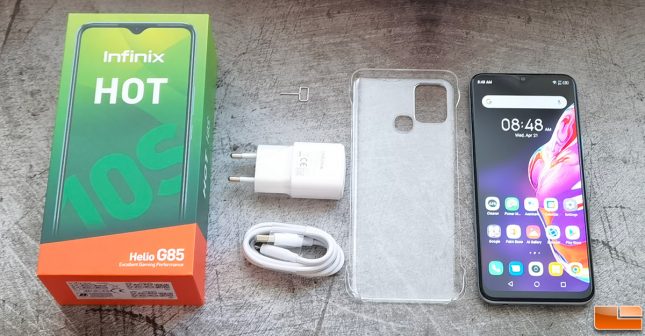 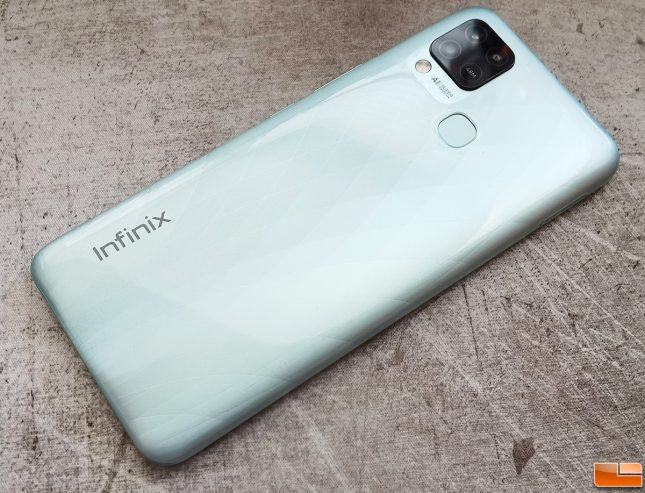 There is a fingerprint reader on the back, but if you’d rather use your face there is a front 8MP camera for that. Infinix claims that face unlock will work with even a mask on, so you won’t have to remove your face mask to unlock your phone. 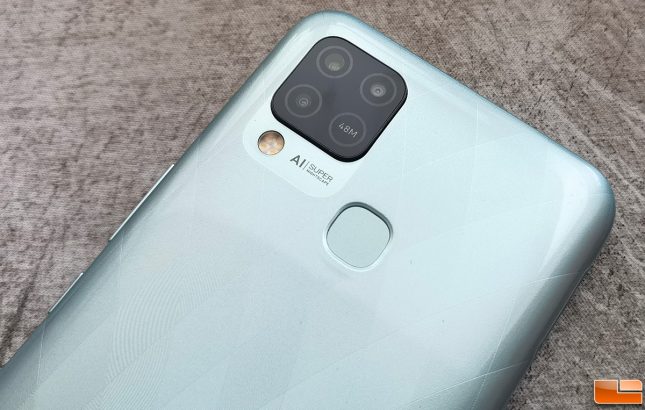 On the back of the phone you’ll find a triple 48-megapixel HD camera, a 2-megapixel depth camera, 8W AI camera and a rear flash. The Super Nightscape feature lets you take pictures in the dark and low-light scenes. Video recording is in 720p, 1080p or 2K resolutions with 240FPS slow motion capabilities. 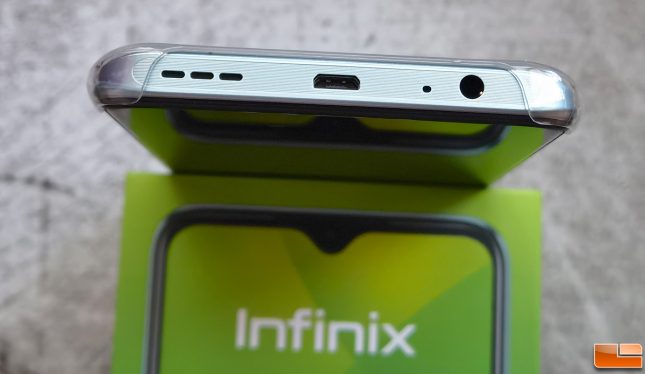 On the bottom of the phone you’ll find a 3.5mm headphone jack and a microUSB port. Battery life appears to be excellent. The Hot 10S comes with a 6000mAh battery, while the Hot 10S NFC features a smaller 5000mAh battery. Infinix says the Hot 10S supports 62 days on standby, 182 hours of music playback, 17.3 hours of continuous gaming or 76 hours of calls on a full charge. 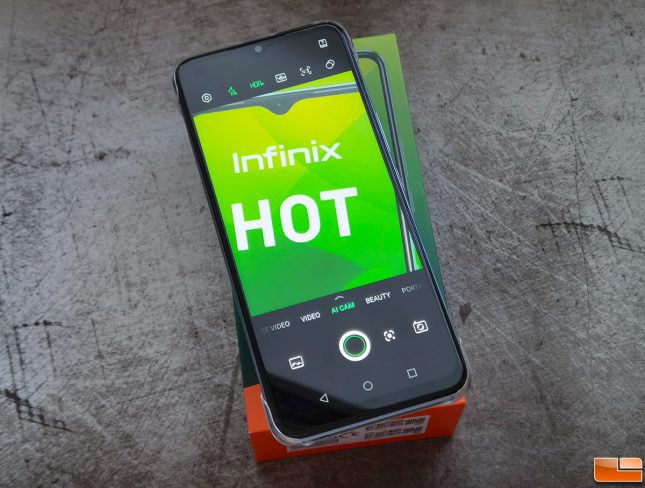 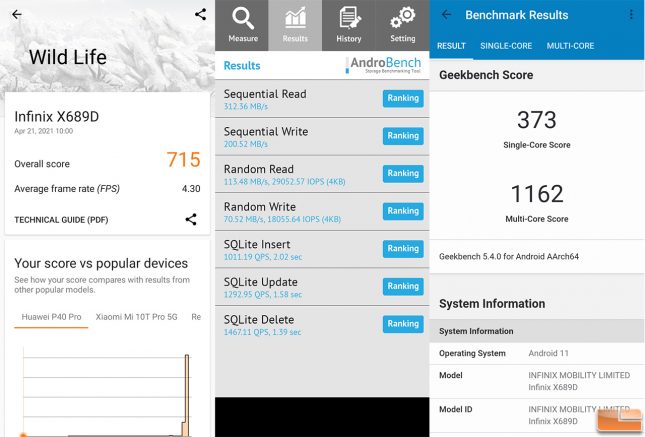 The 3DMark Wildlife score is lower than the numbers we’ve seen from the flagship Huawei models in recent years. A quick look at some online numbers and it looks like the MediaTek Helio G85 is performing just below the Qualcomm Snapdragon 720G used by more expensive models. MediaTeks Helio G85 chipset features two Arm Cortex-A75 CPUs operating up to 2GHz and six Cortex-A55 processors operating up to 1.8GHz.

We next ran the AndroBench storage benchmarking tool and found sequential speeds of 312 MB/s read and 201 MB/s write.

The Infinix Hot 10S NFC is a very impressive smartphone for the price. There are not many smartphones in the market for $120 in North America and we are impressed by what you get. The performance isn’t going to match high-end phones, but it runs smooth and you have full access to the Google Play Store. This phone will be appealing to many users due to this reason alone. This seems like it would be a great option for kids or anyone on a budget that wants a solid phone.

We asked Infinix is this phone would be available in North America and we were told that it would not be at this time. When we setup the phone there wasn’t an option for the United States of America in the list of countries, so that says something. We also found out that this phone is not going to be available in the United Kingdom. That is the reason for the quick review! It seems like it is a good budget gaming phone if you an find one to buy.