One wouldn’t think that USB 3.0 external drives are refreshed that often, but Inateck has been cranking out new and updated external storage drive every year. Legit Reviews has looked at new 2.5-inch USB 3.0 external drive enclosures from Inateck every year since 2014! Back in 2014, I took a look at the Inateck FE2006 with the JMicron JMS567 chipset and found that it was very good for the $17 asking price. Believe it or not Inateck is still selling that product two years later for $10.99 with free shipping. I gave that Inateck FE2006 the sites highest award, so it feels good to see that it has a 4.4 star rating out of 5 stars on over 756 customer reviews since it’s 2014 debut. 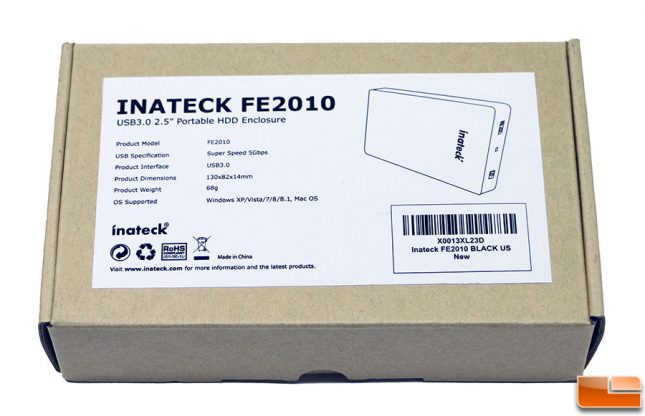 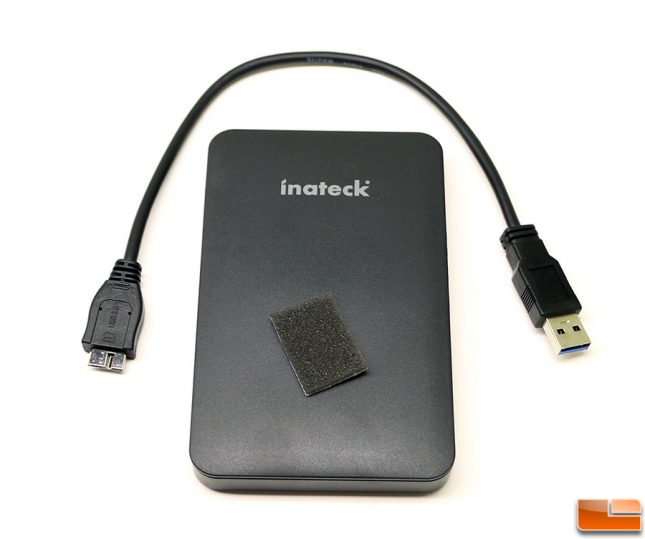 Inside the Inateck FE2010 packaging you’ll find the 2.5″ SATA III drive enclosure along with a USB 3.0 cable and a small foam pad. The included foam pad might be a mystery for some, but is optional to install and is designed to be placed inside the top housing that slides open to keep the storage drive from rattling or touching the cover. The included USB Type-A to USB Type Micro B data/power cable is 30cm or 12-inches in length. The USB 3.0 cable itself supports transfer speeds of up to 5 Gbps, 10x faster than USB 2.0. It also carries the power needed for your 2.5″ storage drive, so no external power is required. 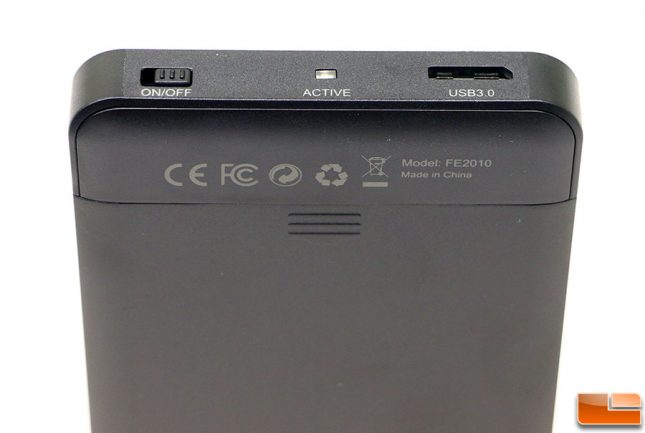 Here is a shot of one end of the Inateck FE2010 that shows power switch, blue LED power/activity light and the USB 3.0 data/power port. The power button is nice for those that always leave their drive plugged in, but want the drive powered off without having to unplug it. 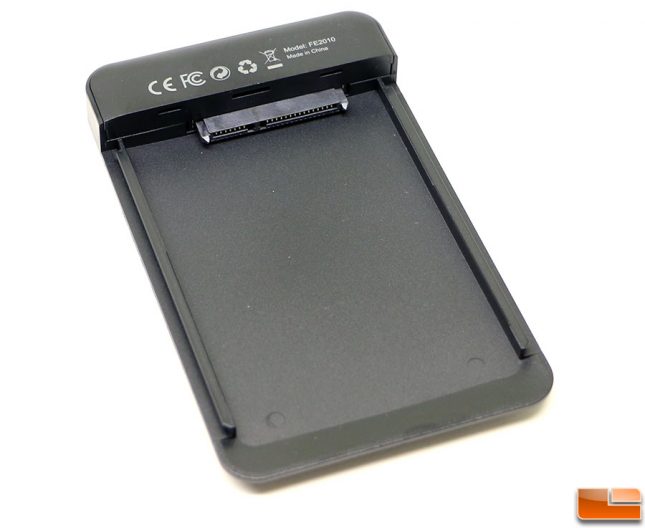 Like most all Inateck products, the FE2010 is a tool-less drive, so you won’t need to fiddle around with any screws or screwdrivers to get this up and running. You just slide open the top plastic cover and then you can insert a 2.5″ storage drive. Once you have your hard drive (HDD) or Solid-State Drive (SSD) installed you just slide the cover back on and connect the docking station to your system with the included USB 3.0 cable. 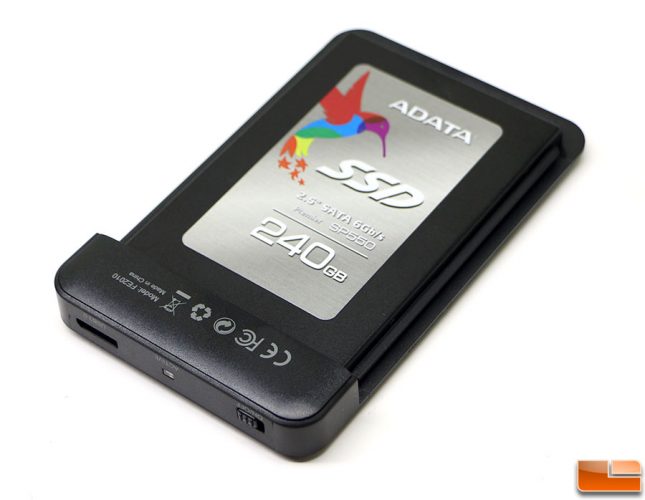 Legit Reviews will be using an ADATA SP550 240GB SSD for testing. This SSD uses TLC NAND Flash memory and has sequential read speeds of up to 560MB/s and sequential write speeds of up to 510 MB/s. The best part about this drive is that it runs just $59.99 with free shipping, so using it with the $17.99 Inateck FE2010 won’t break the bank!  . We had no issues installing this 7mm z-height drive in the Inateck FE2010 enclosure.

With the back cover removed and the PCB taken out we can see that Inateck is using a well laid out PCB that uses a single 100uF Jackon Capacitor. This is not one of the most liked capacitor companies around, but it works at it does happen to be industrial rated (105C). 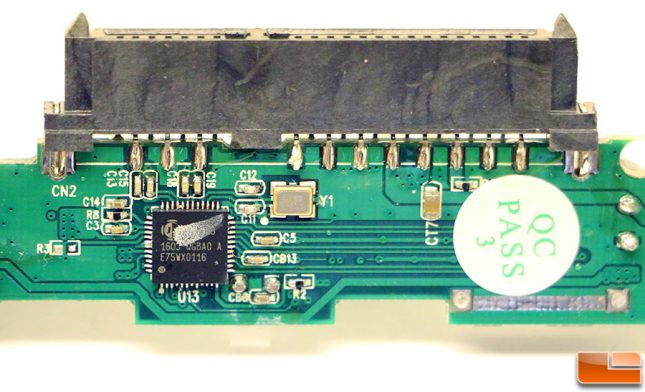 Flipping the board over we can see the JMicron JSM578 controller and a quality control check sticker. 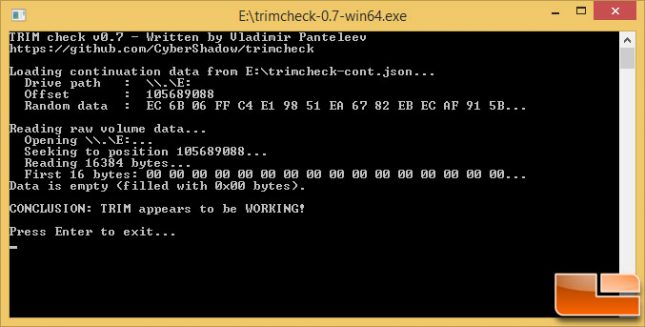 Since this is the first time we have used the JMicron JSM578 controller we wanted to make sure the TRIM command was supported and we are glad to report that it appeared to be working just fine!