Idiot Streamer Gets Banned From Twitch After Discharging Handgun On Stream

An idiot twitch streamer/pro gamer called Carl Reimer has done something extremely stupid. He was streaming CoD and pulled out a real Glock handgun during the stream. He starts by yelling at the camera “Say I ain’t got money” and proceeds to rack the slide twice, the last time ejecting a round visibly onto the desk.

He then pulls the trigger and blasts a can of something sitting on the desk. The level of stupidity to handle a loaded weapon in that manner is impressive. No one was hurt in the incident, but someone could have been killed. 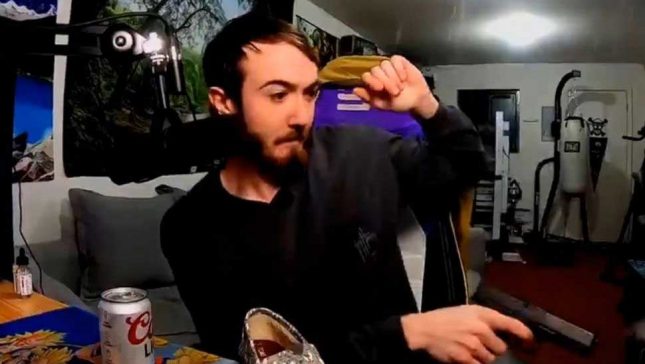 After the weapon is fired, he says that he thought he had unloaded the magazine. He was banned from Twitch for the incident and was cut from the SoaR gaming team. In his apology video, he says that he was intoxicated on the stream, a can of beer can be seen on the desk nearby.

Intoxicated handling of a firearm is never a good idea and is a recipe for disaster. The tweet with the video, which can’t be embedded for some reason, can be seen at PCGamer. It’s unclear if Twitch will allow him back on the service.