Legit Reviews Events IDF 2009: Hands on with the Archos 9PCtablet

IDF 2009: Hands on with the Archos 9PCtablet 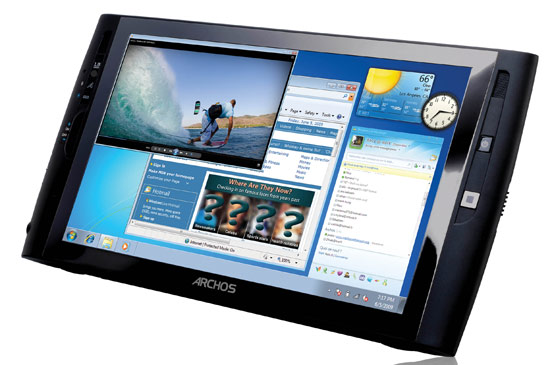 Last night Legit Reviews got to spend some time with ARCHOS and got a hands on look at the recently announced 9PCtablet (tablet PC). The ARCHOS 9 pushes the boundaries of what one might consider the future of netbooks, as this Intel Atom powered tablet PC has some features that might just leave you wanting one! That is, if you can swallow the $499 price tag when it starts shipping on Oct. 22nd 2009. 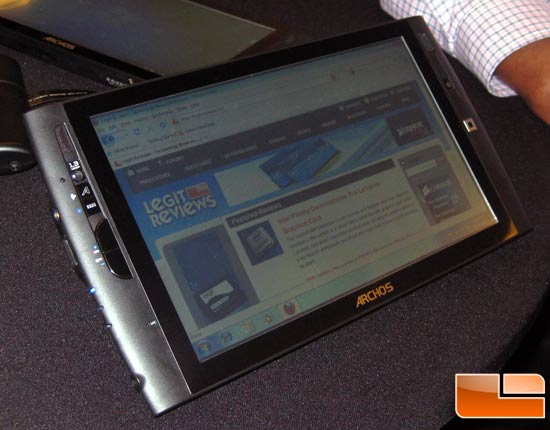 At 0.68” thick, the ARCHOS 9 is extremely thin and looks lightweight, but picking it up told a different story. It actually does have a fair amount of weight to it and a few others around us expressed the same thought. ARCHOS claims that the device weighs less than 28.2 ounces (1.8lbs), but couldn’t tell us if that was with or without the battery pack installed. Obviously, this will make a difference and our custom ‘arm lift’ test makes us think that the weight figure was done without the battery. Consumers will have a choice between black and white designs and a number of accessories to go along with one. 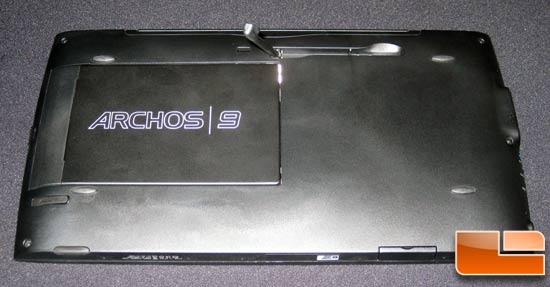 Speaking of the battery, flipping the ARCHOS 9 over we can see the battery and the telescopic ‘kick stand’ that is being used to prop up the device for different angles. This stand didn’t work too well, though, as when we were trying to take pictures of the ARCHOS 9 the stand folded together and the device landed flat on its back. Actually using it while propped up on the stand might be difficult for those that like to tap on the touch screen. 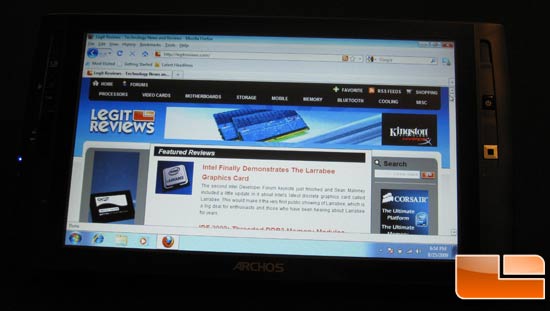 The PCtablet sports a full touch-sensitive 8.9” resistive screen that is capable of a 1024 x 600 pixel screen resolution. Without a physical keyboard, the device comes with a virtual keyboard that was very easy to use on the resistive touchscreen.  Just to the right of the screen an optical trackpoint is found that will allow you to surf the web, communicate, work and stay entertained anywhere. The quality of this was very impressive for both web browsing and movie watching, which are the two activities that we did during our test drive of the PCtablet. 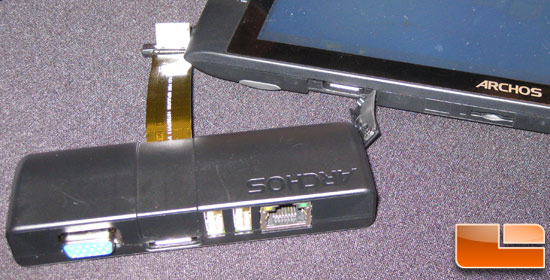 We also got a sneak peak at the optional ARCHOS docking station that adds 10/100 Ethernet, a pair of USB 2.0 ports, VGA out and audio inputs and outputs. 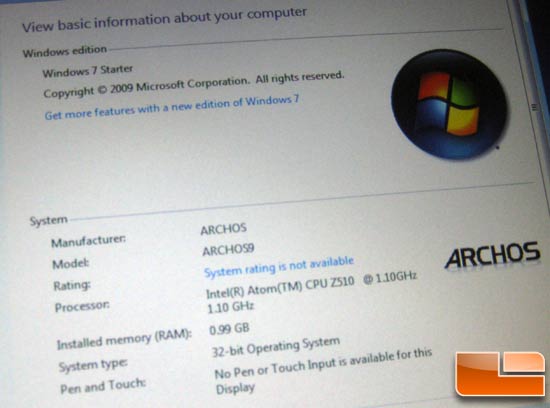 The ARCHOS 9 that we had a chance to actually use featured an Intel ATOM Z510 processor, 1GB of system memory, a 60 GB hard disk drive (HDD), and Bluetooth to tether wireless accessories. The ARCHOS 9 was running Microsoft Windows 7 Starter, which will be officially released to the public next month. The retail version of the ARCHOS 9 will have a faster Intel Atom Z515 processor though, so if you want specifics on what is inside here is a list of the specifications. 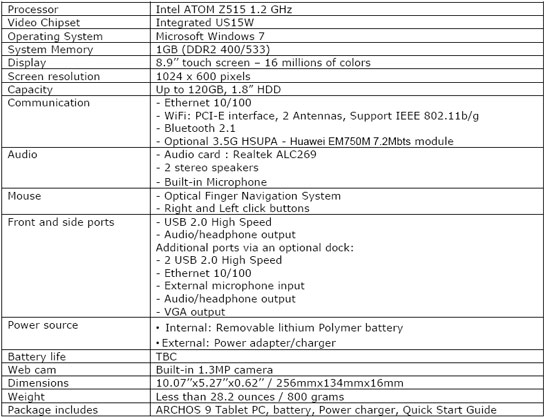 The ARCHOS 9 looks like a pretty slick device and should do well in the market when it comes out with the release of Windows 7. It will be interesting to see how the market will react to a 9-inch tablet PC for $499.