Wearing the Cloud Core 7.1, the headset is very light weight. It was 294.4 grams according to my scale with a little bit of cable and the microphone attached. After wearing these for an hour or two, I did not feel any fatigue on my neck or shoulders. The leatherette and plush memory foam on the headband and ear cups were very comfortable and easy to clean if needed. One thing I would improve is the headband adjuster, as it tends to slip and readjust itself very easily. If it were stiffer, this should remove the extra play to prevent it from accidentally moving to a different setting. 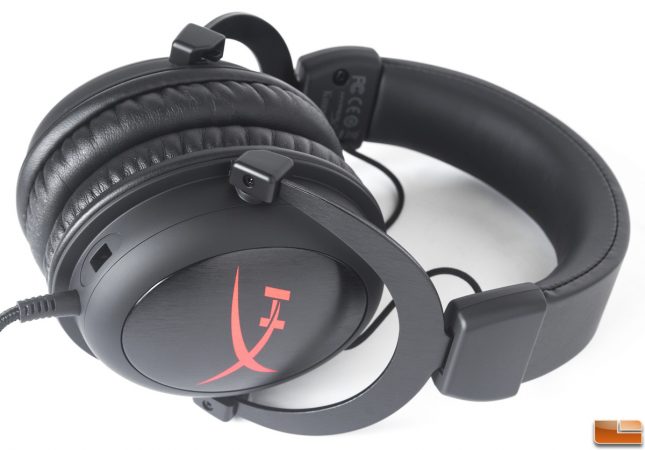 In terms of performance, the Cloud Core 7.1 sounded good with a variety of games, music, and videos. I also did not notice any distortion during normal usage. The upper midrange to brilliance was slightly higher than what I was used to. However, this did help with clarifying dialogue in movies and pinpointing footsteps in game. The bass frequency did produce good sound during explosions, but it was a little light when it came to music. Thankfully, the bass was light enough to not cause dialogue that sounded like the speaker has a tissue over their mouth while speaking with their nose pinched.

With virtual 7.1 surround sound turned on, games sounded very clear and I did not have any trouble pinpointing enemy footsteps or gunfire in game. Music sounded okay, but the extra reverb seemed to prioritize the music track over vocals. Although sound quality was good, the microphone could be improved.

The microphone was very quiet even with the volume setting maxed out on the audio control box. With Windows 10 Pro version 2004 in the Sound Control Panel, I was unable to adjust the microphone level. The sliders in the Levels tab and the Balance window remained locked at the lowest possible setting (0.0 dB). I had to keep the microphone very close to my mouth in order for other players to hear me. This had an impact for streaming too as it was very difficult to make out the voice audio from the game audio without turning the game volume down.

We reached out to the HyperX team, and they were kind enough to provide a link to a firmware update along with a multilingual firmware guide. The firmware update was very easy to install and the guide provided helpful steps to follow.

However, it seemed like the new firmware version was older than the current version. Even the updater knew this because a notification window appeared when clicking the Update button. This was also mentioned in the guide on step 4. I asked the HyperX team about this, and they assured me this was an upgrade and to disregard the version names. This firmware version (version 0010) is installed on all new shipping models to improve compatibility for the Playstation 4. With that, it also allowed me to adjust the microphone volume level in Windows. 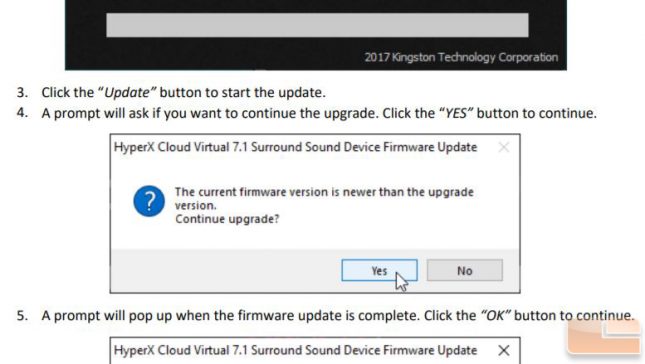 After reloading the USB drivers for the USB audio adapter and restarting the computer, I was able to adjust the microphone volume level in Windows. In terms of online chatting, the Cloud Core 7.1 performed well as the receiving end was able to hear me properly. Voice chat in games was a little better in most situations after the update as well. Although it was not advertised for streaming, the Cloud Core 7.1 did provide decent results with the right settings. Since more people are tuning into streaming their games according to TwitchTracker, I think this topic should be covered for the sake of curiosity.

It is important to spend some time and effort tuning the microphone settings. This is to prevent the voice track from overpowering the game audio or vice versa. The microphone was able to pick up slightly better at 100% volume level after updating, but there were still times where I had difficulty picking up the voice track from the game audio. With the AMD Radeon Software and Audio Boost set to High, I still had to significantly lower the game audio. With Halo: The Master Chief Collection, I had to turn the game volume from 100% to 15% in order to balance out the game and voice audio. It is possible to stream with the Cloud Core 7.1, but it may not be the best solution. 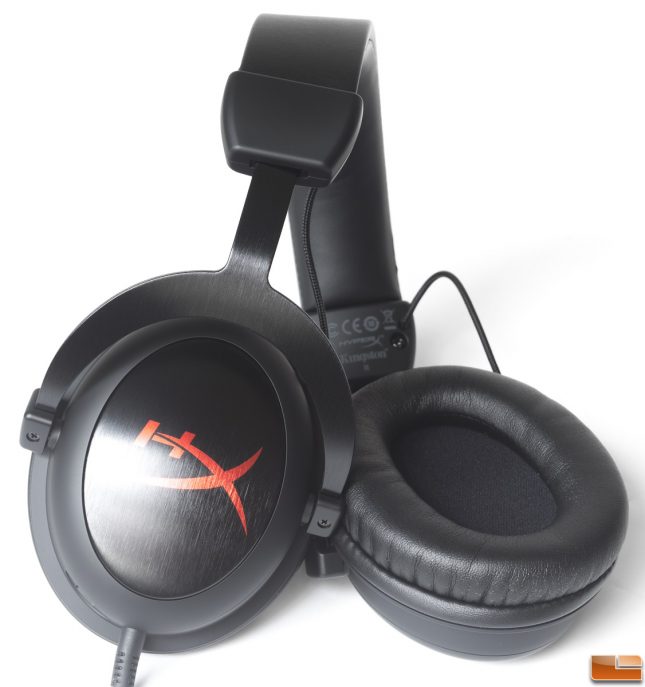 Now in terms of exterior design, some headsets have their ear cup cables inside the yolks. The Cloud Core 7.1 has them exposed like many gaming headsets. I am thankful to see plenty of slack for both wires to allow the ear cups to fully tilt. This prevents any stress on the cables when tilted as illustrated below. Both wires are braided, which is nice to see this kind of detail on something so small. 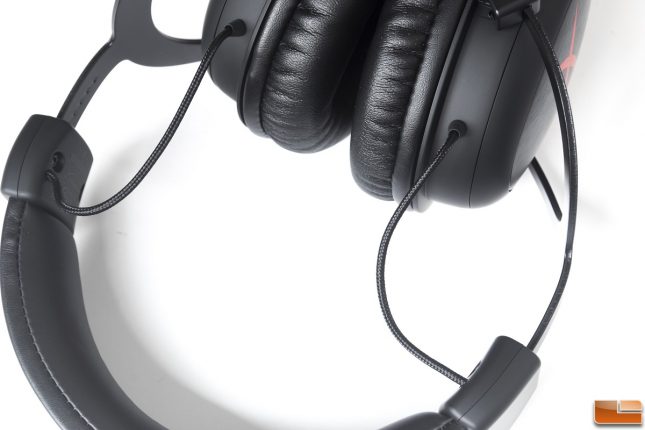 Since the headset can connect to a device via 3.5mm jack, it can plug directly into a game controller. Doing so allowed me to sit away from the console and have the Cloud Core 7.1 rely on the audio transmission from the controller. For more sound controls with the audio control box, the three-meter total length of the headset cable is long enough to allow gaming from the couch in most setups. 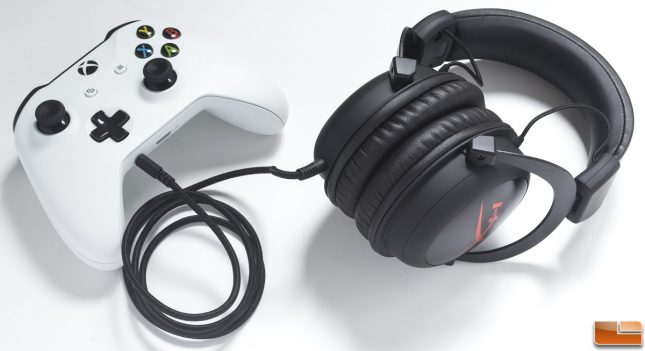 The Cloud Core 7.1 has no software support, which is good for ease of use but it does limit customizability. I am on both sides of the fence on this. There are some peripherals I prefer not to have software especially if the software is required to run to use certain features of the product. But I also do enjoy the flexibility of tuning settings via software. This allows any user to take full advantage of the product to make the best out of what it offers. 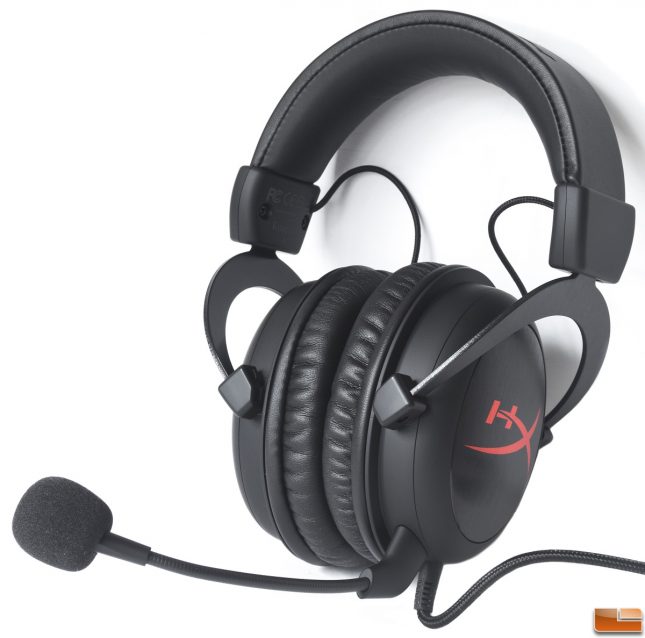 I am happy with the Cloud Core 7.1 overall considering its target audience and price. The build quality is very good with its aluminum frame, which should last a long time under normal usage. It is common to see an audio controller on modern headsets and the one on the Cloud Core 7.1 does what it needs to do. However, I would have liked to have some kind of vocal indication for muting or maxing out the volumes.

Although the microphone was not as loud as I expected with the audio control box, this was fine for online chats and casual gaming. The Cloud Core 7.1 is not advertised as a streaming headset, but it is possible to achieve decent results with some tuning via software. With a good sound card, bypassing the audio control box and plugging into the 3.5mm audio/microphone jack may improve audio pickup of the microphone. I did lose the virtual 7.1 surround sound with this configuration, but there were positive results with the microphone audio. Take this with a grain of salt as it is up to the onboard audio driver to control the microphone.

With an MSRP of $69.99, the Corsair VOID RGB Elite is priced slightly higher and offers RGB illumination with software support. For a simpler headset for online chats and casual gaming though, the Cloud Core 7.1 is an affordable choice to consider. It has a very comfortable design with a light-weight frame and also offers a two-year warranty.