Huawei has announced that the Mate X folding smartphone will launch next month. The device is going to sell for $2,400, making it more costly than the Galaxy Fold. It’s hard to imagine the Mate X doing well.

Not only is the device very costly, but it is also banned from access to Google apps due to sanctions against China. The Mate X is a 5G smartphone with a Kirin 980 processor and Barong 500 modem. 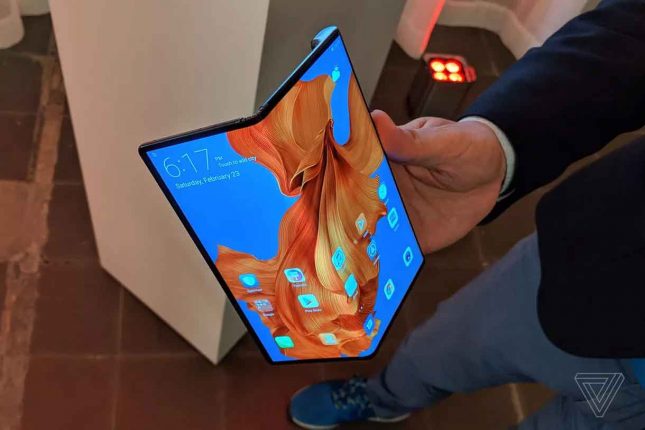 It has a dual-cell 4,500 mAh internal battery that can fill to 85% with a half-hour charge thanks to 55W fast charging. The device folds different from the Galaxy Fold with a design that is similar to a smartphone with a 6.6-inch screen on top and a 5.68-inch screen on the back.

When unfolded, the screen is 8-inches diagonal. Mate X uses a design with the screen wrapping around the outside of the device like a clamshell rather than being like a book as the Galaxy Fold is.