DHL Express just dropped off the brand new Huawei Mate 40 Pro smartphone after a 10,000 mile journey to get into our hands. The Mate 40 Pro is one of the four models that make up Huawei’s Mate 40 series and it goes on sale later this month for 1,199 and that converts to about 1,080, $1,420, or AU$1,999. The Mate 40 Pro doesn’t offer any Google services out of the box, but comes with some incredible hardware.

Inside you’ll find the Kirin 9000 SoC with an integrated 5G modem that is the first 5nm 5G SoC, a waterfall OLED display with a 90Hz refresh rate, 66W wired super charging, 50W wireless charging, Wi-Fi 6+, and some impressive Lecia camera upgrades. Oh and for the really technical geeks out there… The Mate 40 Pro also comes with 8GB of LPDDR5 memory and 256GB of UFS 3.1 storage. 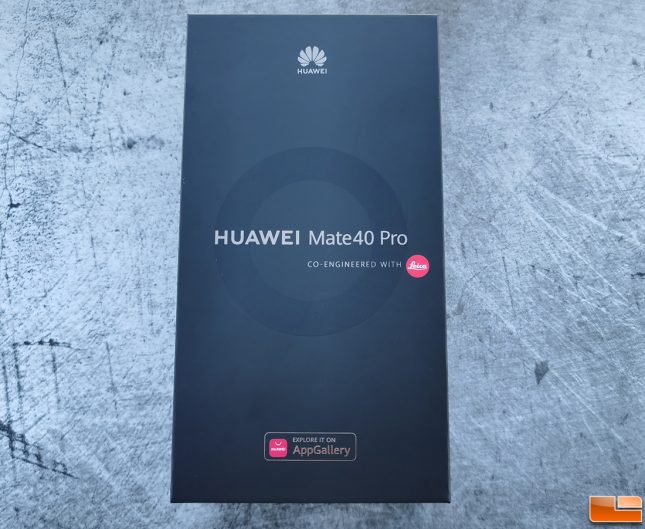 The retail packaging for the Mate 40 Pro is pretty straight forward as you are getting a phone in a cardboard box. The look and feel of the packaging is premium and nothing was damaged despite being flown around the world. 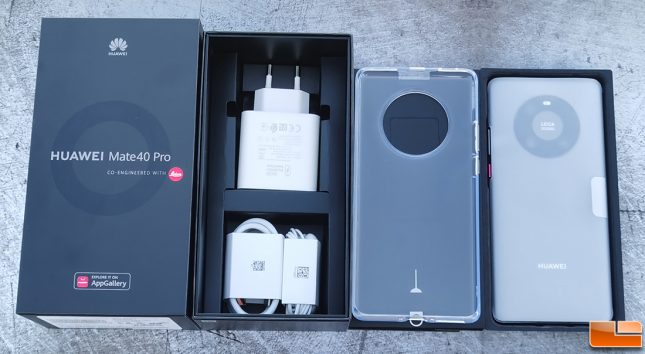 Inside the Mate 40 Pro box you’ll get the following items: 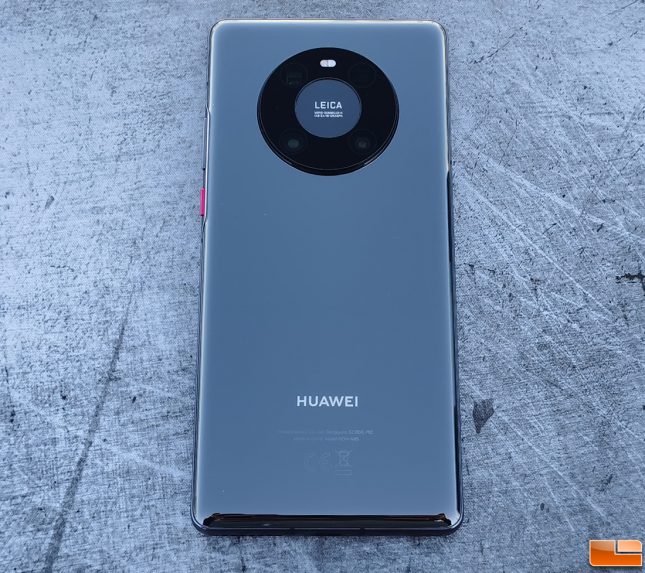 Both the Mate 40 and Mate 40 Pro will be offered in Mystic Silver, White, Black, Green, and Yellow. Our sample ended up being the black version and it looks great. Pretty much every phone we’ve been sent has been an exotic color in recent years, so it is nice to get a simple yet elegant black device. 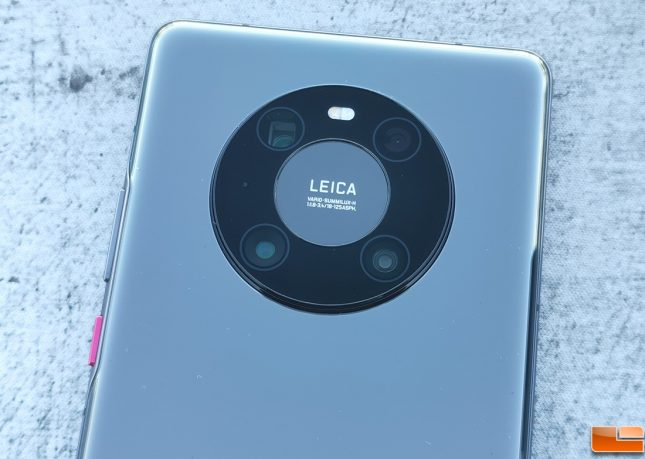 Huawei says that they got inspiration for the ‘space ring’ layout for the Mate 40 Pro cameras came from a photo of a black hole. It looks pretty slick, but the Leica camera technology in the space ring are what we really care about.

The 50MP RYYB sensor that us used on the primary cameras might be the same as the Huawei P40 Pro that came out earlier this year, but should deliver better photos thanks to the new camera ISP in the Kirin 9000 SoC. 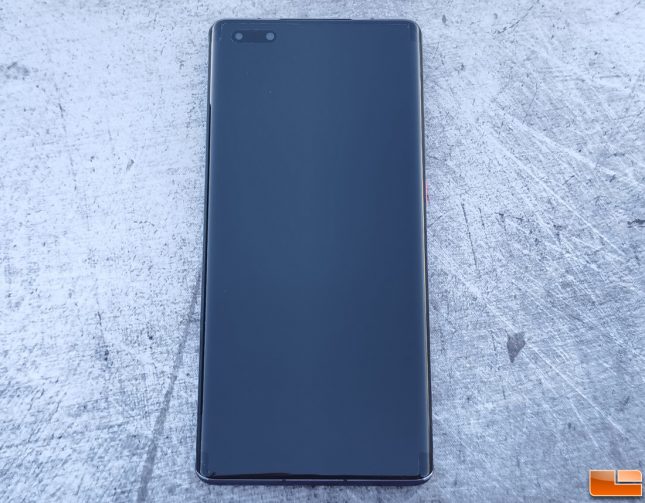 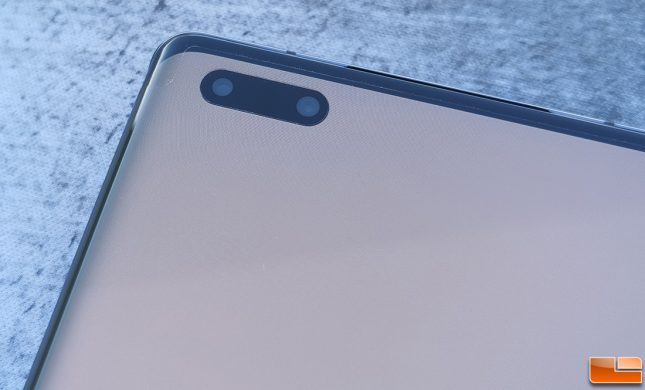 The notch on the middle of the phone has been done away with and replaced by a double-wide hole punch cutout for the two front selfie cameras. both the front and rear facing cameras offer a 120-degree field of view and that is crucial for Huawei’s new Dual-Video recording to work properly. The Mate 40 Pro can record using the front and rear cameras simultaneously and optimizes the video for editing in the Huawei Gallery! 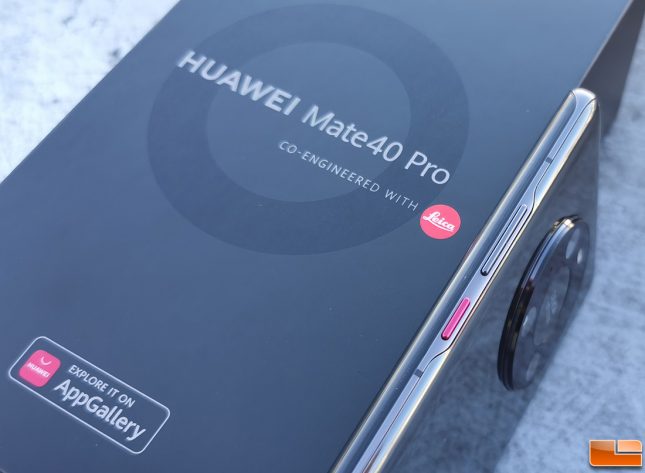 The iconic red power button is still on the side of the phone, but has been pushed further back. Huawei brought back the physical volume button as that was removed on the Mate 30 Pro and missed by many. 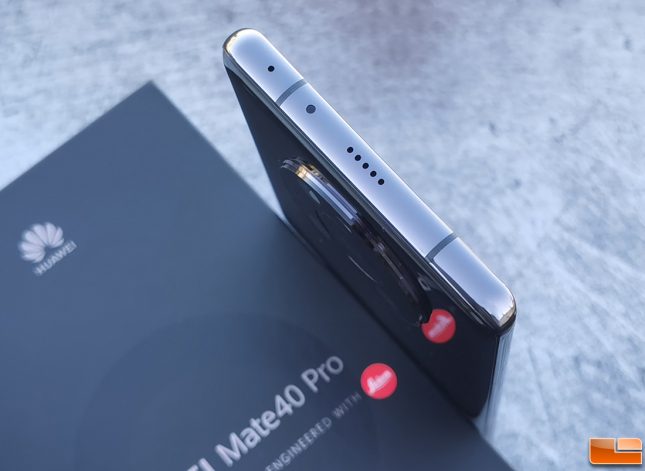 On the top of the Mate 40 Pro you’ll find one of the stereo speakers, microphone and the IR emitter. 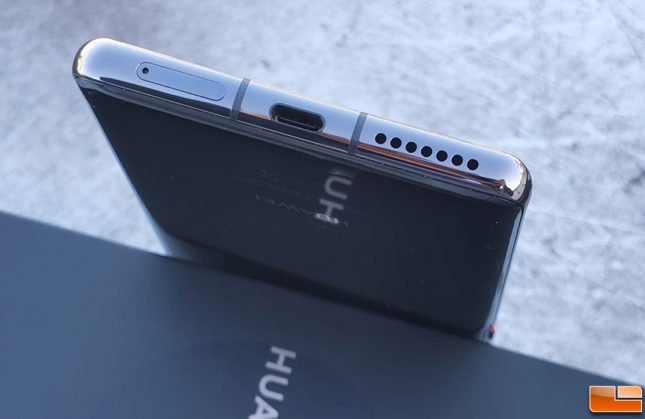 At the bottom of the phone you have the SIM tray, USB Type-C power and the other stereo speaker. The Mate 40 Pro has an IP68 rating for dust and water resistance, so the SIM tray does have a seal on it. The SIM tray holds a nano SIM and a Nano Memory (NM) card. The NM card expandable storage format was developed by Huawei and is smaller than a typical microSD memory card. 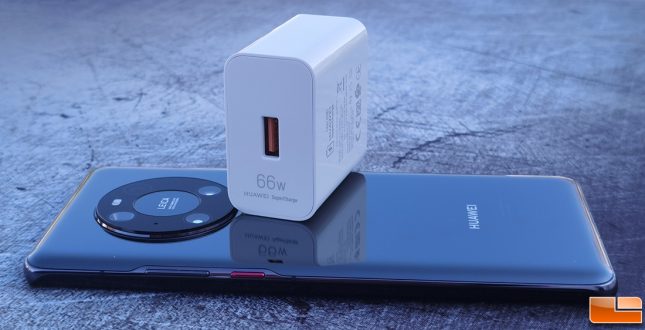 Huawei fast-charging technology has been industry leading in recent years and that continues with the Mate 40 Pro. It comes with a 66W SuperChage wall power adapter in the box. It also supports Huawei’s 50W wireless charger, so say goodbye to battery anxiety. 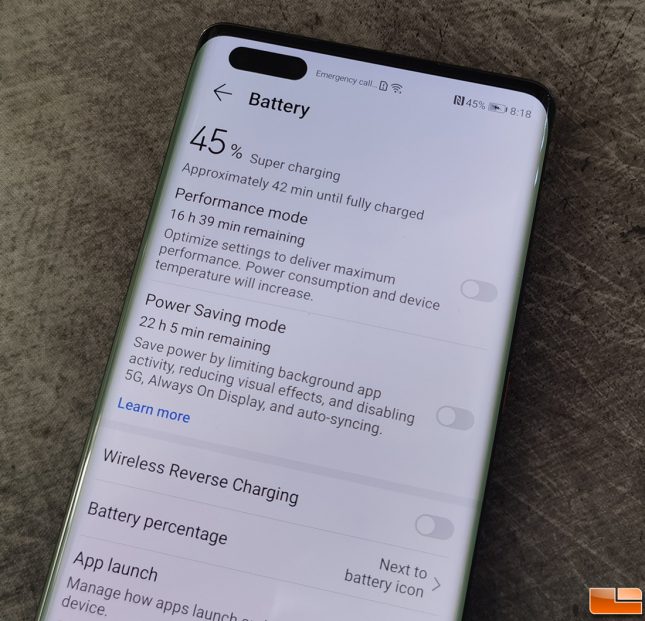 Our Huawei Mate 40 Pro was down to 45% and it showed that it was going to take about 42 minutes to fully charge the devices 4400mAh battery with a 3rd party Volutz charging cable. The included cable is supposed to charge faster, but we were curious how other cables would do. A full charge from a dead battery would take about an hour, which is impressive. 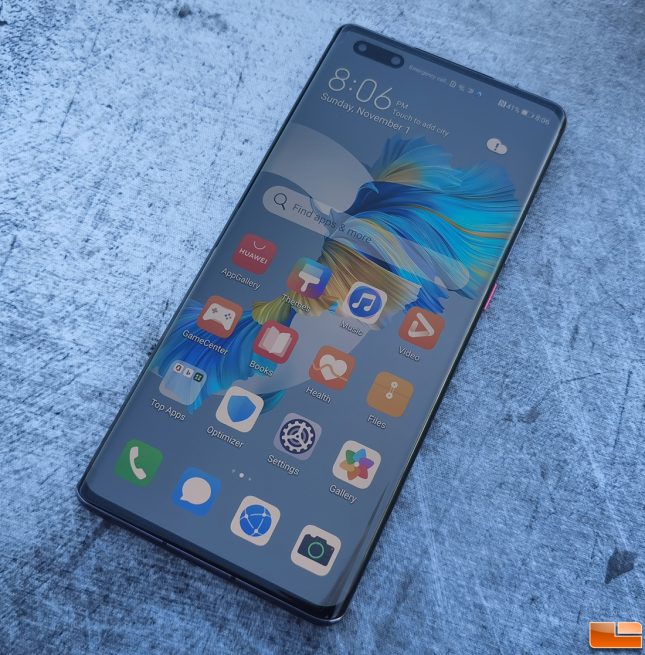 When it comes to software the Mate 40 Pro runs EMUI 11 based on Android 10. Google services are not available on this series, so you’ll have to use Huawei’s AppGallery or figure out how to sideload all the applications that you want to run. Some might be able to get by without Gmail, Google Maps and Chrome, but many won’t be able to do away with pretty much the entire Google Play store. 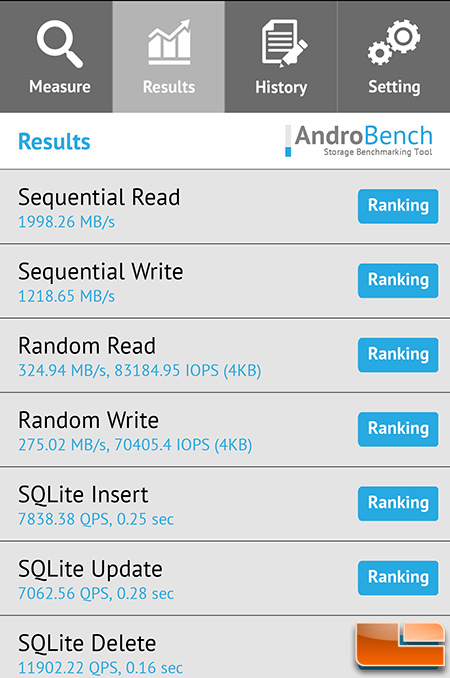 Running the AndroBench Storage Benchmarking tool shows the Mate 40 Pro is capable of 2000 MB/s of sequential read and 1200 MB/s of sequential write speeds thanks to the 256GB UFS 3.1 storage drive. Random 4K performance reached 83,000 IOPS read and 70,000 IOPS write. These are speeds that rival many NVMe drives that run on the PCIe Gen 3.0 interface that are used by PCs!

We just got the Huawei Mate 40 Pro this afternoon and wanted to give you a quick look at what it has to offer. Huawei makes some of the most impressive phones on the planet and we really wished Google Play Services would work on them and that they were an option in all countries! Right now a US launch is not planned, but you never know what the future might hold.