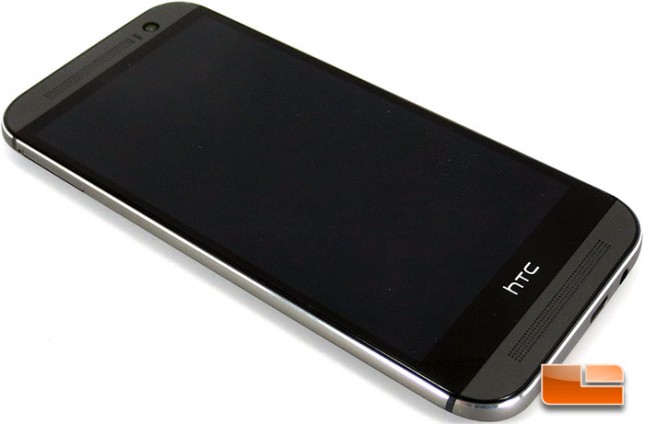 Smartphones these days are becoming more and more powerful as well as much more capable than they have been in the past. Today I have the chance to look at the HTC One M8. The HTC One M8 is the latest in the line of HTC One smartphones. The HTC One M8 features some of the latest and greatest tech out there, and if first impressions mean anything, I was impressed when I first picked it up. The HTC One M8 is available from AT&T for $199 on a two year contract, though it can be bought outright for $679.99 or by using the AT&T Next installment option.

In addition to the components at the heart of the HTC One M8 that give it the power to do whatever we need it to do, there are a number of features that are more for the enjoyment and overall experience of the M8. Among those features we have the Blinkfeed, BoomSound, Camera, Sense TV, and of course all the apps like HTC Sense and all of Google Play. Blinkfeed isn’t new to the M8, but it’s still a pretty slick feature. HTC Blinkfeed allows you to customize a feed on your screen that shows you the latest news, social media such as Facebook, Twitter, sports scores and just about anything else you want to see! 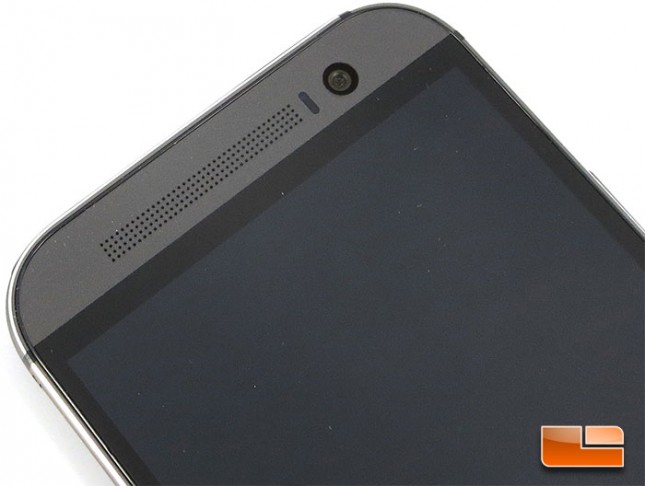 The front facing camera on the HTC One M8 is a 5MP camera that is fully capable of filming in full 1080P HD. To the left of the camera is one of the speakers that makes up the HTC BoomSound mentioned above. This particular speaker features a .85cc speaker chamber, combined with the bottom speaker the HTC One M8 can hit volumes in the 95dB range, pretty impressive for a relatively small set of speakers.

The bottom speaker of the HTC One M8 features a .80cc speaker chamber, though it has plenty of sound coming from it! The HTC One M8 display measures 5.0 inches corner to corner and is fully capable of 1080P HD.

The HTC One M8 measures 5.76″ x 2.78″ x .368″ inches overall. Along the left edge of the photo there is a door for the microSD card to expand the storage of the HTC One M8 up to an additional 128Gb. To open the door you will need to use the tool that is included with the M8.

Spinning the HTC One M8 around once again, it’s quite similar to the other edge, though here we have the volume buttons, and a slightly smaller door that opens up to access the nano SIM.

I was a little surprised when I looked at the bottom edge of the HTC One M8. Typically I have found the headphone jack along the top edge, obviously it’s not up there on the M8. Having the headphone jack on the bottom seems a little backwards if you plan on using a headset, you’ll have to put the phone in upside down in your pocket. 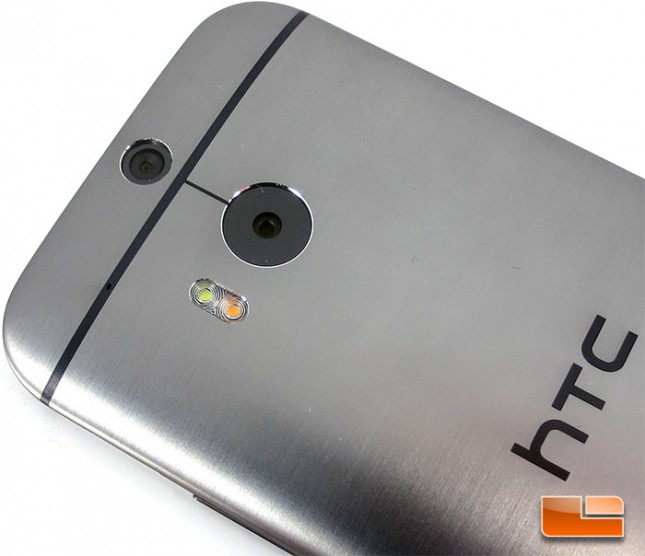 The camera on the HTC One M8 doesn’t focus on an insane number of mega pixels, instead it takes advantage of larger pixels. The M8 UltraPixels are two times the usual pixel size, this will capture more light making for better images.

The back of the HTC One M8 features a sleek stylized brushed metal finish. I personally like the finish of the M8, not a fan of plastic phones that feel cheap.