The recently announced GIGABYTE BRIX II was on display at IDF 2013 today alongside the BRIX Projector. The ultra compact BRIX II PCs are equipped with the latest Intel 4th Generation Core CPU and will have two different versions. In the picture below, you will notice one version is taller than the other. The larger BRIX II allows for a single 2.5 SATA2 HDD, while the smaller has an mSATA slot inside. 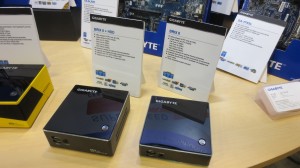 Both versions will have four models to choose from, featuring the latest Haswell architecture in i3, i5, and i7 CPUs, and also one Celeron CPU, which obviously isnt Haswell based.

This updated model absolutely refines the desktop PC in terms of miniaturization, measuring 29.9mm x 107.6mm x 114.4mm for the small one. Thats one small PC! Even included with this DIY kit, is a VESA mounting bracket to allow you to hook the BRIX right up to the back of your TV.

These models currently do not have pricing or availability, but if we look at the Ivy Bridge versions, these started at $299 and went up from there.

The BRIX Projector is a neat little idea, utilizing the ultra compact PC form factor and slapping a 75 lumen projector on it. This previously revealed Haswell powered DLP projector is capable of displaying WVGA (800×480) resolutions, which isnt too shabby considering its size. 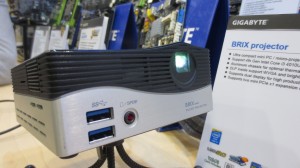 Availability and pricing on the BRIX Projector are also unknown at this time. 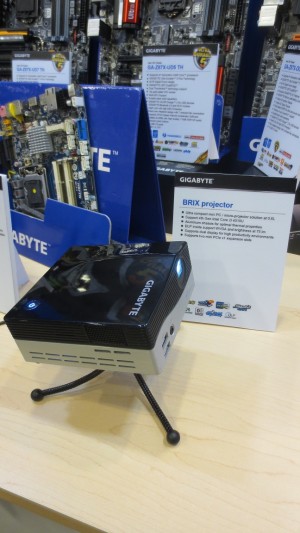 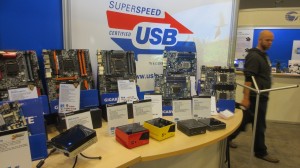