One glance at the images below, and it would appear that this is a completely stock Ferrari Testarossa. A stock Testarossa is a good thing. It’s one of the most iconic cars from the 80s. However, in this case, looks are deceiving.

While the interior and exterior appeared to be stock Ferrari, the car has several modern upgrades adding features Ferrari couldn’t have dreamed of when the car was new. One of the most important features is new internals for the 4.9-liter flat-12 engine allowing it to rev 9000 RPM while making 503 horsepower. 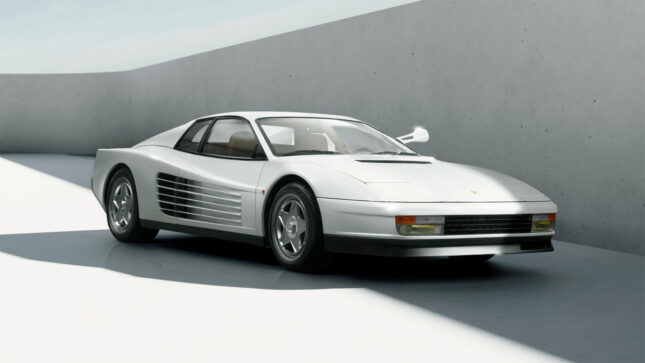 From the factory, the car made a measly 385 horsepower. The extra power pushes the car to 201 mph on the top end. And like many modern sports cars, it has a valve-controlled exhaust system and electronically controlled dampers.