Google has announced that it has a new version of the Titan Security Key coming. The big difference between this new model and the existing version is that the new model has USB-C connectivity. The new Titan key will be just what folks on newer machines with USB-C ports need when an additional layer of security is designed.

The new security key is made by Yubico and will be available to purchase directly starting today in the US. The new Titan security key with USB-C connectivity supports Chrome OS, Windows, Mac, and Android devices. 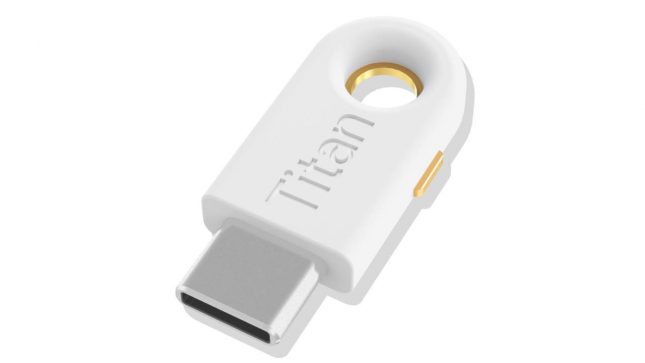 The dongles feature a hardware security element chip along with firmware that is made by Google. The hardware and firmware inside the USB-C key is the same as other Titan security keys. The new model will sell for $40 each reports SlashGear.

Google wrote, “We partnered with Yubico to manufacture the USB-C Titan Security Key. We have had a long-standing working and customer relationship with Yubico that began in 2012 with the collaborative effort to create the FIDO Universal 2nd Factor (U2F) standard, the first open standard to enable phishing-resistant authentication. This is the same security technology that we use at Google to protect access to internal applications and systems.”