Google has been talking up its game streaming platform called Stadia for a while now. The service is set to launch on November 19, and ahead of that launch, the app has landed on the Google Play Store. The app will be offered for Android and iOS users.

The app will be the way for gamers to buy games, manage the Stadia account and controllers, and start gaming on the Chomecast Ultra. Launching the app takes users directly to the splash page for the app, which currently highlights Destiny 2. 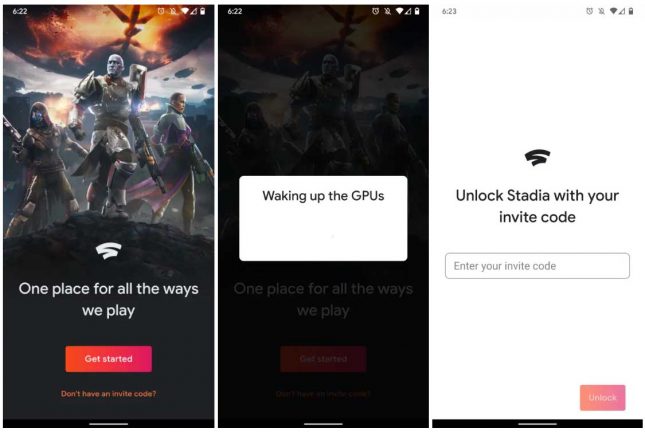 After selecting an account, the app gives sayings while it loads like “waking the GPUs” seen in the image. Reports indicate that other sayings are seen from time to time, such as “reticulating Splines” and others that gamers might recognize.

After the account is selected, you will need an invite code that comes from the Stadia Founders or Premiere edition kits or a Friend’s Buddy Pass. Without that code, the rest of the app features are blocked. Gamers are anticipating the service, and only time will tell if it can rival dedicated consoles like the Xbox and PS4.