Fortnite fans have a new and iconic character from the PlayStation God of War franchise they can now use in the popular Battle Royale game. PlayStation has announced that the Zero Point has exposed help from realities outside the Loop and one of the first figures to arrive is Kratos.

PlayStation has offered a brief overview of Kratos and his gear for Fortnite. The character’s arrival in the game also corresponds with an Oathbreaker set, including the Kratos Outfit and gear from Midgard being available in the Item Shop for purchase. 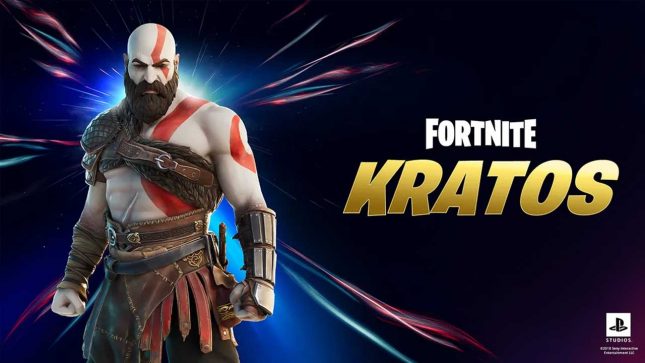 Those who play as Kratos also get an armored Kratos Style in gold. Players can also purchase in the Item Shop Guardian Shield Glider and a Mimir Back Bling. Weapons include the Leviathan Axe and the Leviathan Axe Pickaxe. The pickaxe includes a built-in emote called the Freezing Burst Emote.

“Having Kratos in Fortnite is a mashup that we’ve been talking about for a long time, so it’s especially gratifying to see the collaboration come to fruition! The first thing I’ll do with Kratos in the game is hold hands or maybe go for a moonlit stroll with Mancake. I’m most excited about the Guardian Shield glider, that thing is AWESOME.

I want to give a big thanks to all the devs over at Epic for the incredible job they did realizing Kratos in Fortnite. I’m truly in awe of their talent and passion,” said Cory Barlog from Santa Monica Studio.