The company calls its vehicle a cryogenic supercritical hydrogen fuel cell electric Baja 1000 racing vehicle. It would be the first zero-emissions racing vehicle ever to attempt to complete the Baja 1000. The long and grueling race isn’t something an electric vehicle could complete. 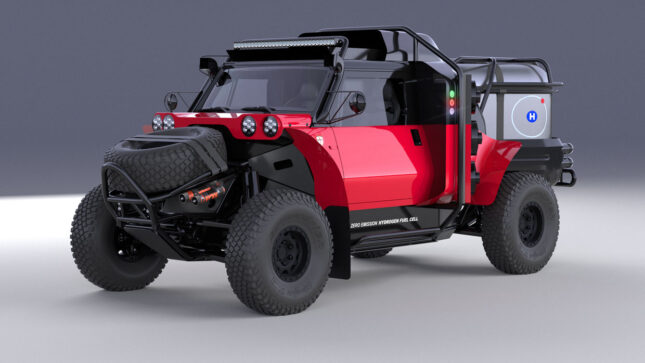 Unfortunately, there are no real details about the hydrogen Baja Boot. The reason for that is the company has been unable to secure the cryogenic hydrogen it needs to test the vehicle or complete the race.

Despite not having tested the vehicle yet, Glickenhaus does say it intends to produce a street-legal version for customers to purchase in the US. The company believes hydrogen fuel cells are the future of zero-emissions vehicles in many instances, and many people would agree.