Watching 3D Without Any Glasses! 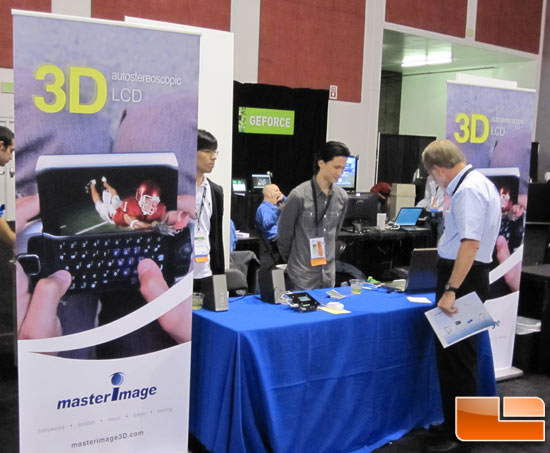 We took a look at the NVIDIA GPU Technology Conference showcase last night and found some rather interesting autostereoscopic 3D LCD technology for mobile devices that was too good to pass up. Last year we heard that the Japanese cell phone market got a Hitachi-branded phone by KDDI Japanese cellular services dubbed WOO Ketai H001. The most impressive feature of this handset is easily its 3D display, which delivers 3D content without the need to wear glasses. Hitachi’s new Wooo H001 has an auto-stereoscopic 3.1″ screen that gives you glasses free 3D watching and we got a chance to try one out and look at the company behind the magical screen – MASTERIMAGE. 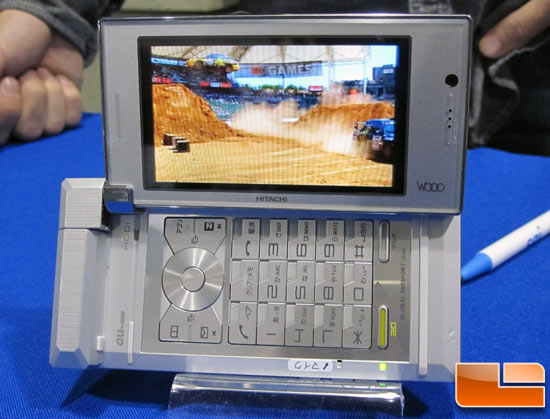 Here is a picture of the Hitachi Wooo H001 mobile phone equipped with a 3.1-inch stereoscopic screen which boasts a resolution of 854 x 480. MASTERIMAGE 3D’s patented TN-LCD-based autostereoscopic technology allows for direct viewing of 3D content on flat screen displays (TFT-LCD, PDP, OLED) without the need for glasses. The companies ‘Cell Matrix Parallax’ display modules allow for good brightness and no visible ghosting. You do have the ability to switch between 2D and 3D modes as well, so you don’t have to have the phone in 3D mode unless you want to. This specific Hitachi cellphone measures 111 x 51 x 18.6mm and the display on it was a little thicker than most due to what needs to be in the display. Watching the video clips they had on the phone we were able to see the 3D and had no issues with angles as we were holding the phone in our hand and able to adjust it to get the best image quality. We asked MASTERIMAGE which NVIDIA chip was powering this device and they said it was a Hitachi solution and that their NVIDIA solution was the Tegra development platform to the left. 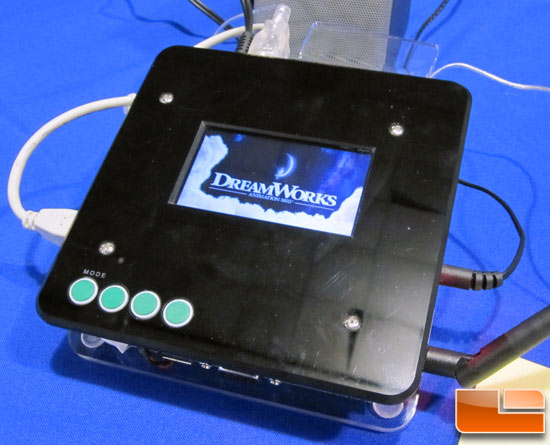 This development platform isn’t as sexy as looking at a completed product, but it does show that the Tegra system-on-a-chip series developed by NVIDIA for mobile devices such as smartphones, personal digital assistants and mobile internet devices can run 3D with existing technology like this. As you can see, 3D technology doesn’t seem to be going anyplace! We also heard that Tegra 3 processors are about to enter full production and that Tegra 4 is being worked on as you read this! As display and processor technology continues to improve it will be interesting to see what we will be talking about a couple years from now!

Now if we could just see Sharp’s 3D display for the upcoming Nintendo DS to see how the two screen solutions compare!