For the overclocking tests I first tested max bclk stability through Super Pi 1M and 32M. This is in no way a test of 24/7 stability but rather benching stability. However the 32M test does give you a rough estimate as to how it would overclock for 24/7 usage. I limited myself to 1.35vCPU, 1.30vtt, 1.65vdimm, and 1.8vpll. For the 229MHz bclk I needed a minimum of 108MHz PCIe while the 227MHz bclk only need 105MHz PCIe. I was able to run stable up to 114MHz PCIe so with more volts I imagine there are more bclk opportunities. 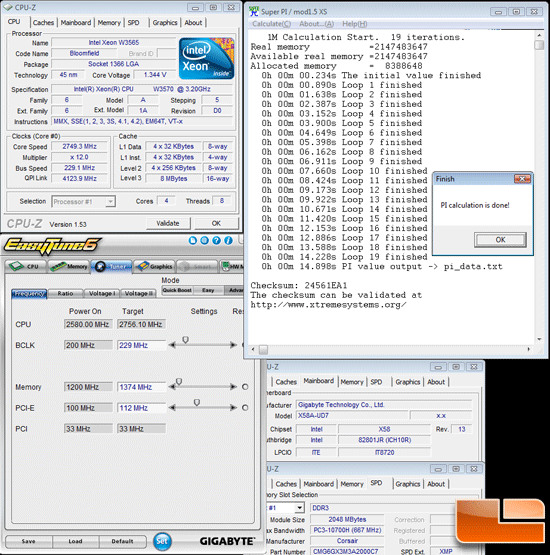 Here you can see the PCIe needed along with the 229MHz bclk. 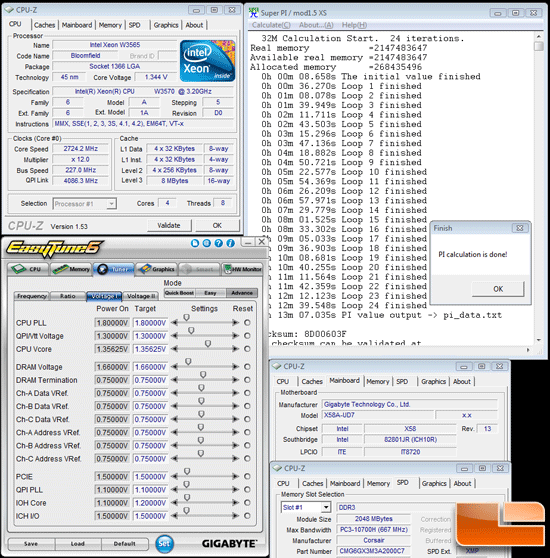 SuperPi 32M was a bit strange with regards to stability. I could run 32M at 228MHz bclk but the entire system would act as though it was slowing down but continue updating the screen and running the benchmark. More vtt would solve this problem with ease. 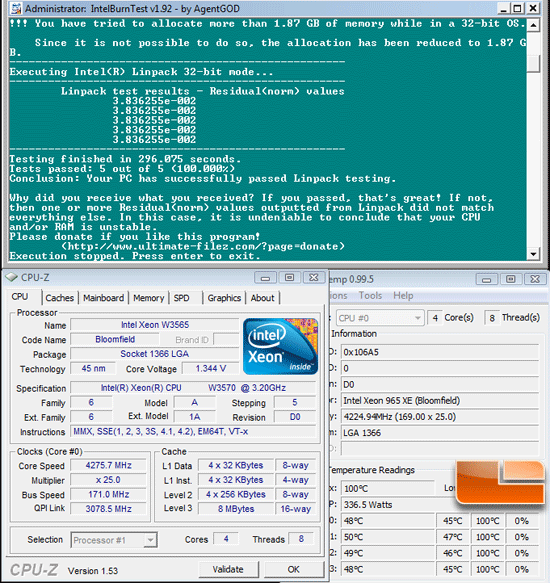 This test is less of a test of the board and more a test of the CPU. Using the same settings above I kept cranking the CPU until it failed Intel Burn Test. This gives you a general idea of how the board would before for 24/7 usage. I was rather happy with this scaling, 4275MHz with only 1.34vcore was rather nice. CoreTemp was reporting 100C on all the cores through the test but I don’t believe it.