Are you waiting for Intel’s next-generation Comet Lake-S desktop processors to be released before building your next desktop PC? Enthusiasts are really excited about the Comet Lake-S (14nm+++) processors they will have up to 10 cores and be using the new LGA 1200 socket. Moving to LGA 1200 means that all-new motherboards will need to be released along with Intel 400-series chipsets. Say good bye to Intel LGA1151 as a new pin arrangement was needed. Expect to see motherboards using H410, B460, Q470, H470 and Z490 chipsets in the months ahead. 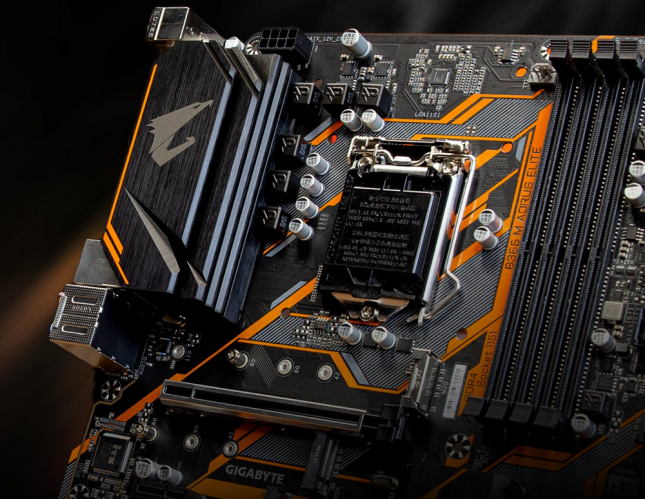 The crew over at VideoCardz ran across the Eurasian Economic Commission (EEC) listing for what appears to be some upcoming Intel 400-Series powered boards by no other than Gigabyte. There are eight Intel Z490 based boards listed on the site and we tossed them in the bullet point list below.

All of these boards would feature the new LGA1200 socket for the 10th Gen Core series ‘Comet Lake-S’ processors that are expected to arrive in 35W, 65W and 125W congifuations.  The Z490 will be the flagship chipset for 400-Series motherboards, but we aren’t sure what major changes this chipset will bring in addition to the new socket. We are fairly certain that Z490 will have integrated Intel Wireless-AX Gigabit Wi-Fi 802.11ax (160MHz) and Bluetooth 5, but it doesn’t sound like it will have support for PCI Express 4.0. It seems that Intel will be adding PCIe 4.0 support later in 2020 when Tiger Lake 10nm processors arrive. AMD Ryzen 3000 series desktop processors when paired with chipsets like the AMD X570 have been supporting PCIe Gen 4.0 since July 2019. That means Intel would be about a year behind AMD to support that feature, but one could argue that it is a useless feature right now.