Setting Up The Day Before

The 2010 North American Gigabyte Open Overclocking Championship (GO OC) kicked off this morning, which means that 12 overclockers that will be facing off to see who is the best overclocker on this given day with the hardware that was provided to them by Gigabyte. The Champion and 2nd place winners from the GO OC North America Regional Final will then will compete with the winners from China, Europe, Asia-Africa and South America Regional Finals in Taiwan during the finals. The grand finals will take place this September in Taipei, Taiwan where the winner will take home a check for thousands of dollars. 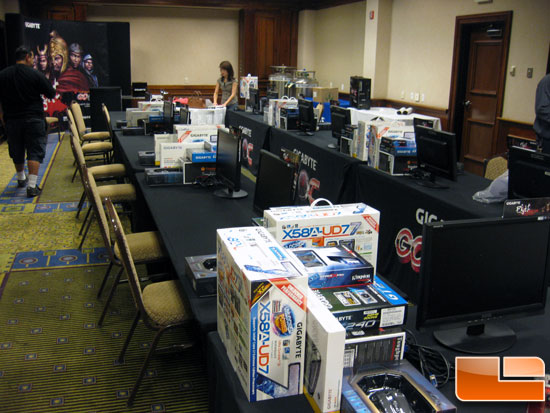 We managed to get to the event a day early and were able to watch Gigabyte set up the event room and got a chance to meet the guys from Overclocking.TV that were setting up and testing their live feed for today’s event. This means that if you are unable to make it out here today for the event that you can follow the event via a live broadcast at this URL: http://www.overclocking-tv.com/live. 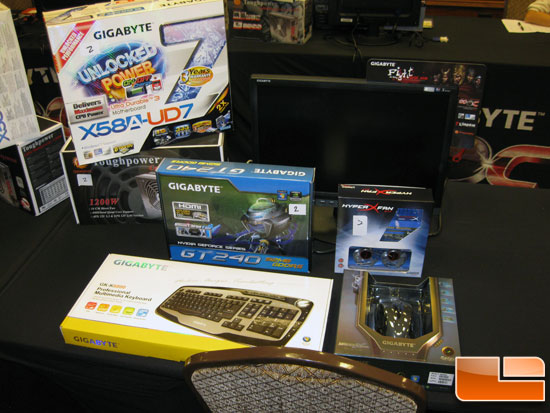 Each overclocker is given hardware by Gigabyte to overclock on. All the hardware is the same, but of course not all hardware performs the same. This brings a little luck into the competition, which always makes things interesting as when luck is involved the underdogs always have a shot at taking home first place. 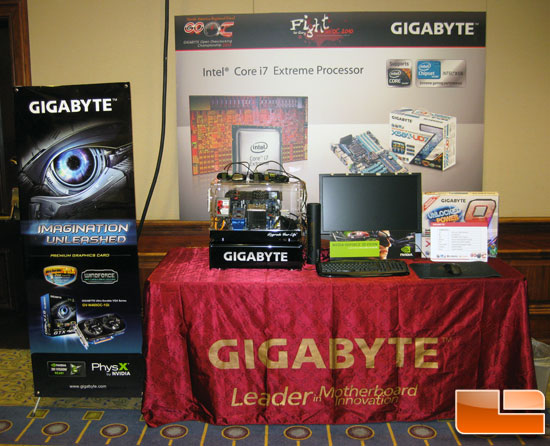 Gigabyte had a booth setup that was showing off some of their products with a single 3D LCD monitor hooked up to three Gigabyte branded NVIDIA GeForce GTX 480 video cards. 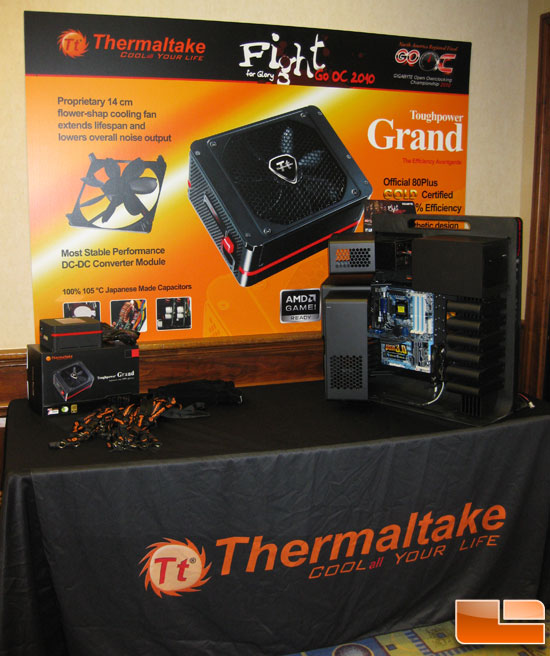 Thermaltake was present and was put on display their popular Level 10 PC chassis and their new Toughpower Grand power supply. 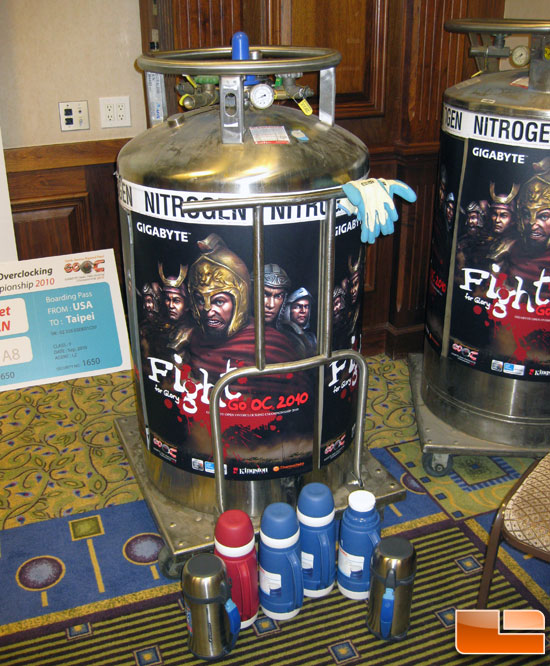 Gigabyte had plenty of Liquid Nitrogen (LN2) on hand for the event and unlike years past, they even provided some insulated Thermos bottles for the overclockers to store and carry the LN2 in. Each overclocking has to provide their own CPU cooler, so you’ll see various still pots at an event like this. 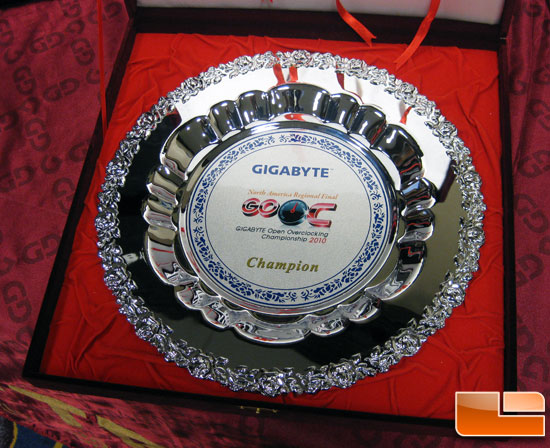 The winner from this event will walk away this this ‘Champion Plate’ later tonight after all the scores are tallied. 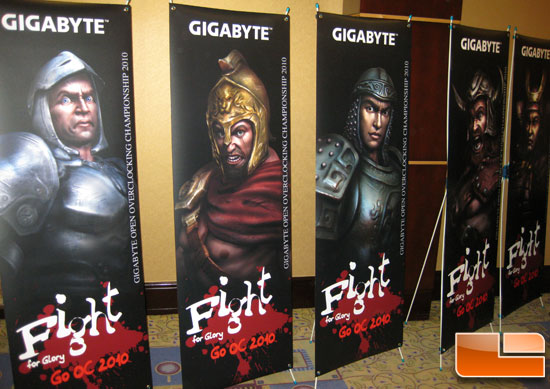 The theme for GO OC 2010 is ‘Fight for Glory’ and Gigabyte had a ton of cool looking posters up promoting the theme. 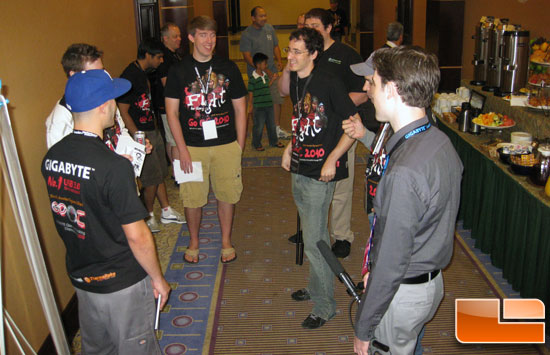 Here we see some of the overclockers talking trash over breakfast before they drew random numbers to see who would get what hardware location.

The overclockers here at GO OC 2010 North America are:

It will be interesting to see who wins!  Right now the overclockers are drawing names to see what system they will be overclocking and we are busy taking videos and pictures of them setting up.  Be sure to check back often today as we’ll keep adding pages to this article as the day goes on!