One Resistor Value Change Made the 8800 GTX Work

Days before the launch of the GeForce 8800 GTX a number of online sites reported that NVIDIA was going to recall the 8800GTX due to an issue with the build of materials (BOM) that was used when the 8800 GTX began running off the manufacturing line. Legit Reviews has both versions of the card and thought we’d give enthusiasts a sneak peak at what almost ruined the hard launch of the 8800 GTX.

The resistor with the bad value is located on the back of the 8800 GTX graphics card and the resistor is located in the boxed off area shown in the image above in dark blue. 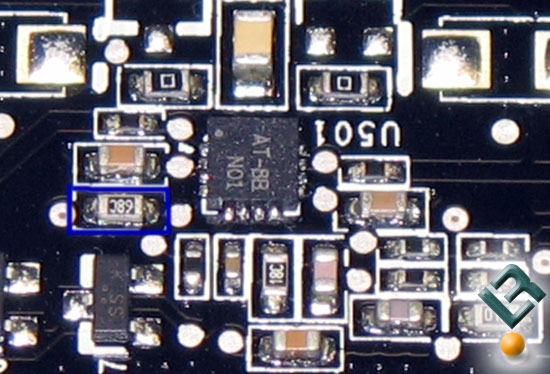 Above is a shot of the original 8800 GTX graphics card that was sent out in the weeks coming up to the public announcement of the GeForce 8800 GTX.  The resistor in question is believed to be R520, which just happens to the the code name for ATI’s Radeon X1800 core, and we were able to easily locate in the 8800GTX. The original resistor was labeled 68C meaning that it is a 49900 Ohm (49k9) resistor. 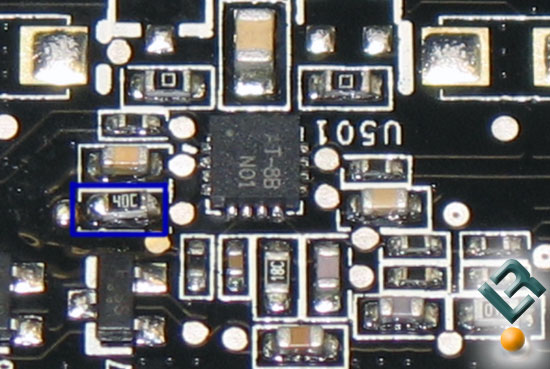 On the re-worked graphics cards that LR was sent the day before the launch of the 8800 GTX the board was reworked and the resistor was changed from a 68C to a 40C, which is a 25500 Ohm (25k5) resistor. It seems that by reducing the electrical resistance on this on resistor by half that the 8800 GTX has been found to run stable and the problems that many were seeing on the pre-production cards were solved thanks to changing this one small resistor out with a new one.

In our eyes NVIDIA should be praised for catching the wrong resistor value and replacing the resistor in time for a hard launch last week. The 8800 GTX has been in the works since 2002 and it would have been a shame for one resistor to ruin the hype and create a bad buzz about a great looking product.  LR knew about the resistor problem days before the news broke to consumers, but things like this are common in the hardware industry. Why does a resistor change matter if the problem was corrected before the product was even announced?